BATTERS ARE SWINGING (& MISSING) MORE ON THE FIRST PITCH...

Now, to be even-handed (!) about this, the change over the past twenty-five years is not dramatic...but it's still notable. 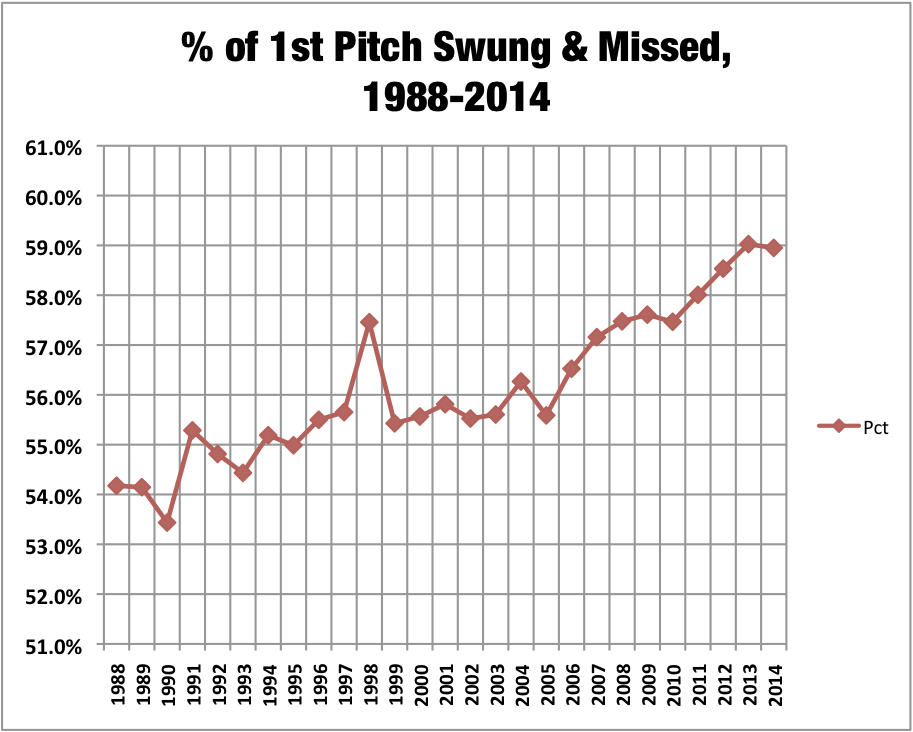 Back in 1988, when offensive levels were a bit lower than they are now, when batters swung at the first pitch in their plate appearances, they missed about 54% of the time.

As the chart shows, that number drifted upward slowly over the following ten years, had an odd spike in 1998 (expansion year "swingitis"??), then settled in at between 55--56% until 2006, when it began to nose up again.

We'll come back and look at a couple of other nuances about results on and after the first pitch in just a bit.
Posted by Near-Genius Nephew at 7:27 PM