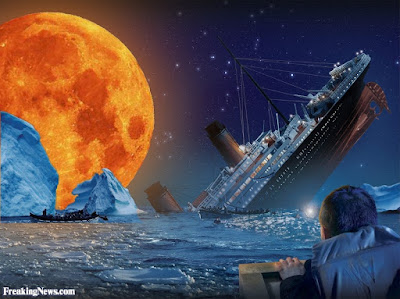 We await spring training game results, which will be coming our way next week...but in the meantime, let's play with some of the basic won-loss breakouts from 2015 and place them in historical perspective:

Posted by Near-Genius Nephew at 10:21 PM 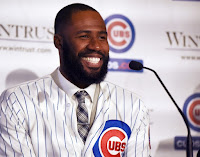 HALL OF FAME VOTING: HOW "DECISIVE" IS THE BBWAA, ANYWAY?

Yes, a long, long hiatus...we have been inundated with other projects (including the shocking recomposition of muscle tone in our upper arms; the better to throttle you with, of course...)--and, besides, it takes a long time to "recover" from the specter of the Royals being World Champions. They are due again in the year 2045 (no, not 2525, though one wonders if the thirty-year interval might bring them into alignment with the dizzy duo of Zager and Evans...).

As we stretch our sea legs in anticipation of another baseball campaign, let's spend some time with Hall of Fame voting. Predictions of a long, intractable logjam by baseball numberologists have not come to pass, and while the Baseball Writers Association of America (BBWAA)  remains an organization stumbling toward transparency, they might not be as catastrophic a voting body as they are usually made out to be.

There are two major rants about the BBWAA record. The first, that they are deficient in selecting a sufficient number of players through their "front door" to Cooperstown, is a fact as undeniable as it is ugly. We are not here to meditate (or, heavens forfend, mediate) on this claim--while it is somewhat overblown in the eyes of the die-hard complainers, there is more than a kernel of truth in these charges. (We have the Hall of Merit as a corrective for the excesses and exclusions in the Hall of Fame voting process, but that's really more of a glorified kluge than an adaptation of the stringent induction requirements the BBWAA somehow must utilize.)

The BBWAA's problem, however, is due mostly to the 75% voting threshold. They've elected 122 players, and that in itself is something of a miracle given the level of consensus needed. If the voting threshold was 50%, the BBWAA would have inducted 14 additional players, or about 12% more; taken down to a "large plurality" (40%), this would make only another 11 more, which would produce only a 20% increase in "front door" inductions. This suggests a series of factors involved in the decision-making that do not conform to "bell-curve" distributions--a fact that, in and of itself, will drive hard-core numberologists stir-crazy.

And that leads into the second rant, which is the current "meme" or "trope" or "semi-intellectual fetish" (you decide which term gets closest to what's actually happening...we prefer the term "hegemonic delusion--but you already knew that). The ranting is about the BBWAA's purported need to let HOF candidates "ripen on the vine" before inducting them.

Why on earth--the growl quickly morphs into a screech--can't the mo-fos just put the deserving ones in the first time around? What's with all this $#$%-ing pussyfoot tut-tut-tut posturing horse manure, anyway? (Will someone please invent a Xanex spray that can silently emanate from these guys' computer screens??)

It's time to follow the bouncing ball, dudes. The data in the table below gives the lie to this perception of BBWAA antics. As you'll see, the BBWAA may have trouble identifying all of the deserving players (rant #1, remember)...but they aren't really doing that bad of a job inducting the ones they actually do manage to stumble across:

So what you see here is as follows: over the nine decades that the BBWAA chimps have been circling the selection process, they have inducted 43% of the players in the very first year of their eligibility. (Yes, all these numbers are percentages.) But: as we look at the decade-by-decade data (the orange column), we can see that their big problems occurred early in the process; since the 1960s, they have been comfortably above that ever-increasing overall "first-year induction" average.

From here we can read across and see how this plays out for Year 2, Year 3, etc., all the way to Year 15. As you may remember, the Hall of Fame lopped off Years 11-15 from the selection process recently, mostly in order to cast out those two nasty dudes whose mugs are displayed further up in the post and put them into Veterans Committee limbo. What this does from an historical standpoint is to threaten about 10% of potential inductees who've needed those last five years in order to make it in through the front door.

But as you can see, there is no evidence that the BBWAA's recent voting patterns display a pattern of "dragging their feet" with respect to the induction process. They were a bit slugging in Years 2-4 during the decade of the 2000s, and that might be in part due to the "roid rage" that dominated media coverage during those years. But the effect, if there was one at all, was at best a mild one, and it has emphatically reversed itself so for in the current decade.

So no comfort food for those who want to make the BBWAA into carrion. They are far from perfect--and who is, for that matter--but they look to be doing a consistent and mostly acceptable job of identifying deserving inductees and voting them in without undue delay. (But...only that Xanex spray is likely to put a stop to the whining.)
Posted by Near-Genius Nephew at 2:58 PM