The Cardinals' Shelby Miller might have turned in the most impressive complete game of the 2014 season thus far when he tossed a three-hit shutout vs. the blazing hot Toronto Blue Jays earlier today (June 7). 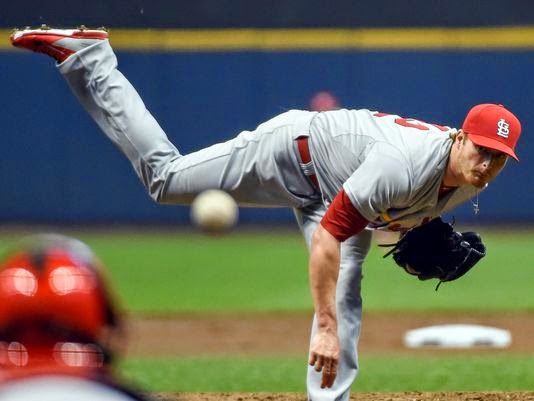 The Jays had won seventeen of their last twenty games going into the contest, and had been shut out only once previously in 2014.

We'd be interested in being able to split out batting stats as they apply to pitchers--for example, the RISP hitting for the Cards (which remains mired in the bottom five of MLB thus far in 2014). Miller's run support thus far in '14 is 3.6 per game, but it would be interesting (at least to us) to see more detail in how those runs are scored. Miller has a winning record due to three "cheap wins" that he managed earlier in the year, which may have come from clutch-hitting-derived run support.

The projected total of complete games for the 2014 season is holding steady at 106.
Posted by Near-Genius Nephew at 11:50 PM