We neglected to mention in our last post (so many moons ago: our "Rare Noir is Good to Find!" series just concluded in San Francisco yesterday evening...) that the advent of the five-man rotation (which begins in the mid-1970s) is the key event in the sudden and incontrovertible decline of the 20-game loser.

It's odd to note that this is also the social timeframe in which government management consultants  begin to perfect their ability to distance themselves from actual accountability for their work, which leads to partisan data manipulation and an internal bureaucratic system that permits a permanent political strategy of "running against the government." Baseball's current roster situation (more and more pitchers) is a result of something analogous: dispersal of blame protects all the individuals while allowing for a permanent outcry against the system. This mindset is one of the reasons why it is so difficult to stem the tide of pitcher injury--root causes and goal-oriented science become muddled in politicized muck. 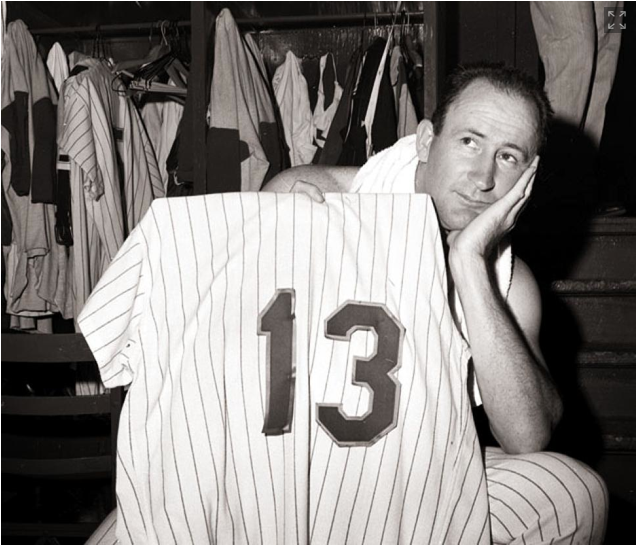 For those starting pitchers not fortunate enough to the beneficiaries of such a system, however, the tag of "20-game loser" is able to attain a quasi-romantic hue and becomes an odd "badge of honor." We're going to examine some of these "20-game loss seasons" via the lens of QMAX and try to separate these  "big losers" into camps--those who pitched well and were inordinately unfortunate, and those who didn't. Along the way QMAX will provide shape statistics that augment and cast some new light on the more standard value statistics.

First up for such a treatment is Roger Craig, who managed to survive two 20-game losing seasons to become a longtime pitching coach and a major league manager. We focus here on his second 20-game loss campaign, the one that occurred in 1963.

You may recall that the strike zone was enlarged for this season and sent run scoring down into an abyss that hit bottom in 1968. Craig was one of the more victimized starting pitchers of this general trend: in his 31 starts in 1963, his team (the lowly New York Mets) scored only 2.29 runs per game. They were shutout in nine of his starts, scored only one run in six more. In 23 of his starts, the team scored three runs or less. That is an incipient recipe for 20+ losses, and Craig's won-loss record was 5-22 (5-21 in starts) . The Mets were 8-23 in his games started. 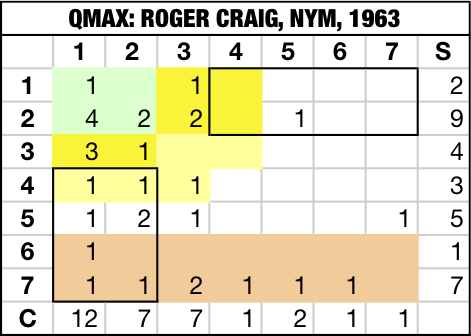 QMAX--and remember that it doesn't make its calculations using the actual runs allowed, but by a grid that plots hit prevention (modified for extra-base hits) and walk prevention (which also accounts for hit batsmen)--posits that Craig was actually right around a .500 pitcher in 1963.

That "Tommy John" region (the box at lower left of the matrix chart) further confirms this. Eight of his starts fall in this region, as opposed to just one in the "Power Precipice" region (at upper right), where control is profligate but the pitcher is bordering on unhittable.

The "range data" (which quantifies the colored and boxed regions on the matrix chart) indicates that Craig was hit hard a bit more than a fourth of the time--but the basic chart tells us that when he was hit hard, he was really hit hard (all but one of these games in the "7S" row). He did manage to win one of these games (part of what was only the second two-game winning streak he had over the entire course of the 1963 season). 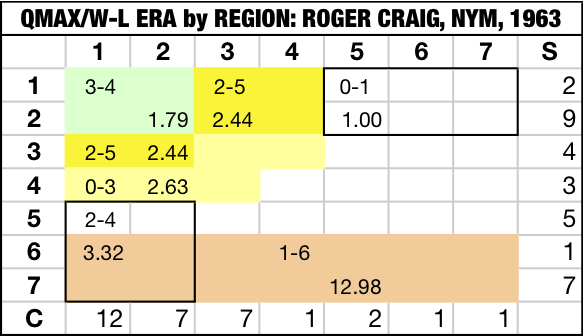 The photo above shows Craig changing uniform numbers: he was in the middle of an eighteen-game losing streak and he resorted to supersitition (#13) in an attempt to break it. It didn't help, because Roger was in a skein of games where the Mets were scoring absolutely nothing when he took the mound (in the ten-game stretch from June 22 to August 4, they scored a total of eleven runs).

We can use the QMAX matrix chart to capture a key aspect of this bad luck. Our modified matrix diagram (at right) shows won-loss records and ERAs for key regions. On this version of the matrix chart, we can see that the woeful lack of run support actually resulted in the Mets having a losing record (3-4) in his "elite square" games (which, collectively, produced a .705 WPCT for teams in 1963).

[Two notes: 1) these regions show the "team record" for games in these regions, not just Roger's won-loss record; 2) the mid-region in the "success square"--the more intense yellow coloring--simply repeats the W-L and ERA for both segments.] 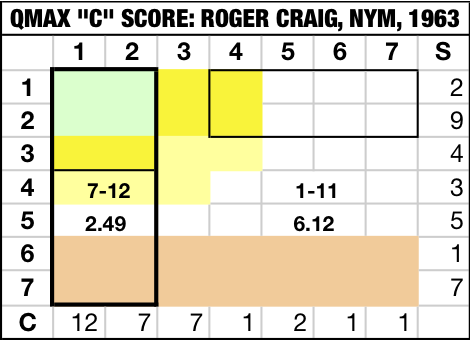 Finally, we can demonstrate the effect of control for a finesse pitcher by looking at the "C" region breakouts. For Craig, he was a very competitive pitcher when he had his control--a 2.49 ERA and a 7-12 team record in these games. But when his control was spotty, he was slaughtered: a 6.12 ERA and a team record of 1-11.

All current systems value Craig as just about league average (Wins Above Average is just under .500), but only QMAX can show you the component details by looking at the shape of his performance.
Posted by Near-Genius Nephew at 11:54 PM

THE DECLINE OF THE 20-GAME LOSER

We''ll get back to the idea of "blue collar" starting rotations a bit later, when we can process a little more of the data related to that concept. Let's shift gears here and take a look at what's happened to yet another baseball phenomenon that's approaching extinction. 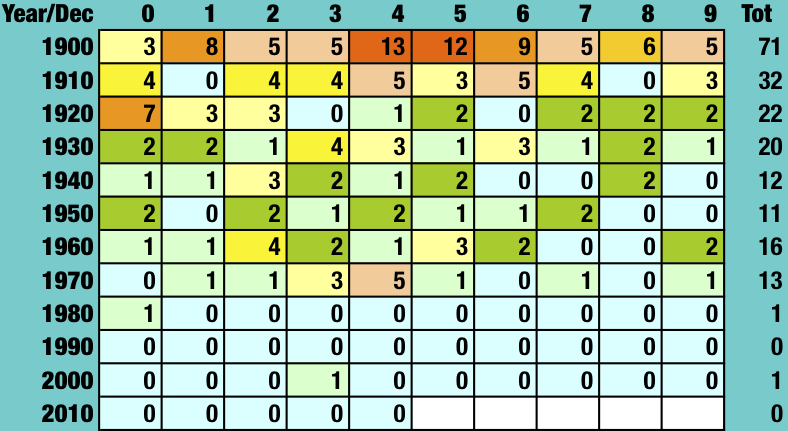 What's that? Why, the 20-game loser, of course. A conversation with a long-ago colleague reminded us of the decline in this statistical category. As the chart at right indicates, we've had exactly one 20-game loser since 1980.

As you can see, there was a little flurry of 20-game losers in the 1960s/1970s, but that fell apart with a loud thump after 1980. The last team that had two 20-game losers: the 1973 Chicago White Sox. It's a feat that we seriously doubt will ever happen again.
Posted by Near-Genius Nephew at 2:03 PM