The 2014 season's 50th and 51st complete games (we are still holding out Mr. Kershaw's five-inning game, for those who are keeping count...) could not have been more different from one another.

Dallas Keuchel's CG last Saturday night is the first "bad complete game" of 2014 (depending on how you've arrived here, you may have read about those already--the lowdown on "Bad CGs" can be found below). The quick definition is that this was a game where the starter went the distance and allowed five or more runs. In recent years (more details in the previous post...) these games have become exceedingly rare. 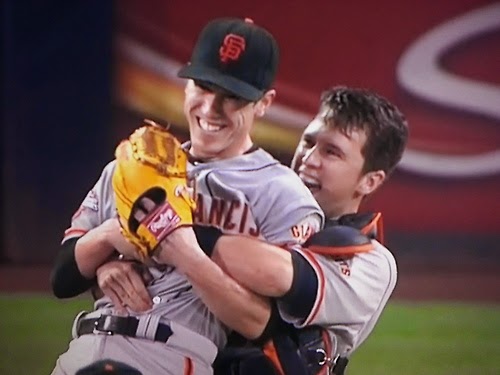 And as a matter of fact they are becoming scarcer than no-hitters (three for the seaosn thus far...)--which was the most recent addition to the year's CG totals--the not-quite-as-mighty-as-in-the-past Tim Lincecum victimizing the San Diego Padres once again (yesterday afternoon, at pitcher paradise Petco Park). The Freak is still capable of being dominating, but something definitely changed in 2012--it would be most gratifying if sabermetrics could actually figure out what it is, since the Giants (who aren't too shabby at developing pitchers) have yet to be able to do so.

Current projection for total number of CGs for 2014 now stands at: 105.