THE UNCONSCIOUS DESIRE FOR A TIERED HALL OF FAME...

This is a topic that needs a great deal of numerical annotation--in fact, it would probably require a book to cover properly (and we've already had two seminally misguided efforts on the Hall of Fame in book form--Bill James in muckraking mode and Jay Jaffe in glorified hack mode: while the book could definitely be sold to a publisher, the question is more whether it has any chance to undo the damage already done).

But so many perspectives continue to be omitted from the discussion that it just might have to be done. The Hall of Fame needs transformation from within, and none of these smug outsiders (including yours truly) are going to penetrate the shifting veils that create more problems than they solve. We need an entirely different approach to make a Hall of Fame that absorbs its historical errors and points a way toward a more scrupulous approach to greatness.

The matter of a "tiered" Hall of Fame, where three levels of achievement are recognized and separated from one another, is an idea that's floated around since the mid-1980s, when Tom Hull (better known as a music critic) devised a vast project for a group of semi-sabermetrically inclined participants which operated on such a concept. These folks (and their names, aside from Tom's, mine and Brock J. Hanke's, are being withheld to protect the innocent) were known, at least for a time, as the Baseball Maniacs. (You can see that they were even mentioned in the first edition of James's Historical Baseball Abstract...)

Inner circle, middle circle, outer circle: these terms were explicitly part of Tom's scheme, and while the project didn't complete itself due to a level of effort that was virtually impossible to sustain, the tiered idea has wafted around the edges of subsequent "sabermetric consciousness" ever since. 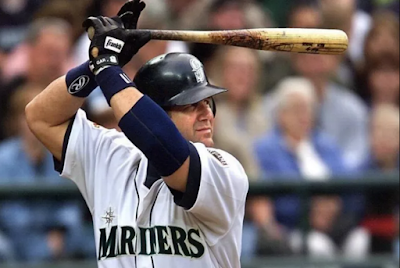 Thirty-some years later, it's time to dust off that idea again and re-examine all of the vagaries of Hall of Fame selection to demonstrate how this approach can put to rest an entire series of stalemated arguments. (Assuming, of course, that some of those people can be convinced to take the bit out of their teeth...)

As for the current Hall of Fame voting (which announces later today), we expect Mariano Rivera, Roy Halladay and Edgar Martinez to make it over the 75% threshold which allows them "front-door" entrance to Cooperstown. But are any of these players "inner circle" Hall of Famers? Should we use the convention of "voting consensus" to make these determinations? Does induction in the first year eligible make one a member of the "inner circle"? In the case of Edgar, would his (presumed) election on the 10th year of eligibility make him an "outer circle" Hall of Famer?

The knee-jerk answer is "no," but that answer stems from a series of imprecisions and imprecations that are attached to the process. A tiered structure is implicit in several ways, including the difference between election via the BBWAA (the "front door") and the various Keystone Kop-like incarnations of the Vets Committee ("the side-car door"). A different perspective on the Hall's history and a different approach to the data that is now wielded like a blunt instrument over stat-based "eligibility requirements" needs to evolve in order to untie the Gordian knot that is suppressing the possibility of a creative resolution to the Hall's perpetually divided consciousness.

It's a some-day project, sooner than later, hopefully--where there's life, there's hope. (As is the case that 2020 will restore sanity to the White House and finally put Dick Allen into Cooperstown. Does Dick really need to die before he's inducted? There's an amendment in the Constitution that should be protecting him--and us--from that.)

Oh, yes: here's my Hall of Fame ballot, in case anyone wants to know...

Mine is a tactical ballot. Left off for purposes of down-ballot strategy are Halladay, who figures to get in anyway, and Todd Helton, who figures to get more than enough votes to set up an eventual induction. Ramirez, Kent and Sheffield need more votes from the BBWAA to either boost their chances down the road or strengthen the arguments that will be subsequently discussed by some cockamamie incarnation of the Vets Committee. If Kent gets to 50% before falling off the ballot, the Vets Committee will (as Vets Committees have done in the past) read that as a reason to pull the trigger for him.

But there might be a more interesting way to conduct the voting that works in conjunction with a "tiered" approach. Is that too complicated for the roiling world of public discourse? Should there be several linked voting mechanisms that get combined to produce a consolidated set of voting results that accommodate tiers?

Right now, the knee-jerk answers to those three queries are: yes (a positive), yes (a negative) and HELL NO. The job of the next book about the Hall of Fame (whether written by yours truly or some other poor unfortunate...) will be to turn around these knee-jerk responses and make the Hall of Fame into something that doesn't exist anywhere else: a truly interesting hagiographic institution.

As we like to say (when we remember to come here)...stay tuned.
Posted by Near-Genius Nephew at 10:40 AM