Alas, Dick Allen's passing (earlier today, at age 78) will not be the final act of cruelty imposed upon America in 2020, but it will be as emblematic as any that have occurred in this Year of the Plague. 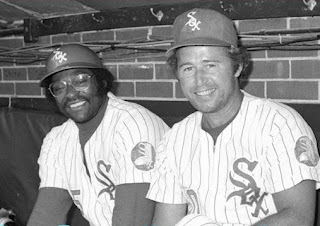 The Hall of Fame will doubtless rectify its egregious long-standing moral and analytical error and induct Dick sometime next year, but the damage has been done. As with Ron Santo--the player we suggested long, long ago who should have been inducted along with Dick as one of the greatest possible "healing moments" in baseball history--the creaky mavens of privileged idiocy have once again managed to find a way to avert their gaze from an unconscionable injustice.

In Dick's case, of course, the miscreants at the Hall (and the toadies they employ to do their execrable bidding) went out of their way to bar the door...you could call it "voter suppression" and--as some like to say, glibly--"be in the ballpark." Not only did they give him a leering lap-dance in 2014, leaving him just one vote short of induction, they then changed the voting schedule to ensure the greatest possible length of time between elections in which he was eligible. 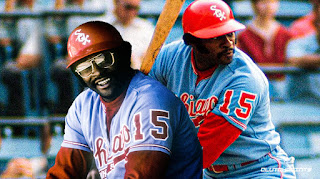 That brought us to 2020. And, of course, with a pandemic underway, the Hall decided it was really more aligned with football than baseball and punted again, postponing this year's Veterans Committee vote even though other voting functions related to baseball were able to conduct their efforts without undue difficulty.

Nothing overt,  of course: just the drip, drip, drip of a kind of cultural water torture that now appears to be the focal point of a nation incapable of reconciling with anything that happened in le decade maudit: the 1960s. A decade of black hope and black anger, and backlash against black anger that, six decades later, is still shamefully being used to further undermine a nation leveraged by its own greed and self-absorption. 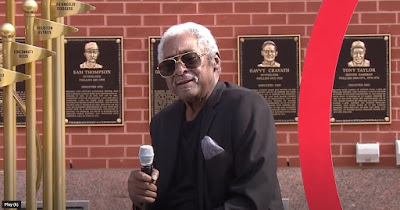 To his immense credit, Dick Allen moved beyond the traumas that surrounded his baseball career. He knew that he'd conjured the furies around himself, simply by being his own man. Controversy would always surround him, so he mastered a Zen-like repose when it came to the Hall of Fame. Ironically, "pandemic ball" might have been the perfect environment for him--less access to reporters and fans, and more of an opportunity to focus on the Tao of baseball.

But then much of Dick's insolent charm might never have surfaced. When he is not whitewashing Bill James for his reprehensible perspective on black anger that he scurrilously projected on Dick Allen, Joe Posnanski is able to remind us of how clever and quotable Dick was, despite carrying the burden of what we once injudiciously termed "the angry Negro problem." Perhaps white folks are scared witless by the prospect of African-American unrest because deep down they know that it is entirely justifiable, and their need to deny this is strong enough for them to vote for racists and fascists with a kind of glassy-eyed impunity. 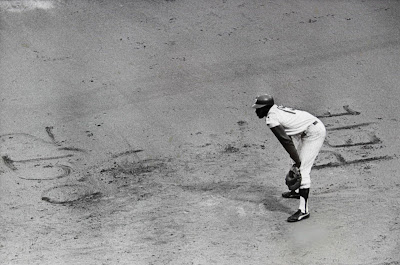 Dick's acts of defiance were not violent, they were creative. He would create an overwrought reaction simply by tracing the word "no" in the dirt next to first base. His absences, through injury or ill-fated injunction, were always larger than life: he provoked great wit in those who sought to disparage him, and instead revealed his immense magnitude (example: the 1969 jibe about men landing on the moon and finding Dick Allen there).

He'd merely followed the trajectory of his own moon-shots, of course. And he played just as hard as he hit the ball, which resulted in injuries that wore him down and caused him to turn further inward. Three times he tried to come back too soon (1970, 1973, 1976): the first two of these episodes, which resulted in additional time off the field, cemented him in the minds of many as a malingerer. His career was less than it might have been, but what there was of it was still magnificent; but nothing Dick Allen achieved would ever be good enough for those who'd typecast him and looked for ways to justify ostracizing him from the Hall of Fame. 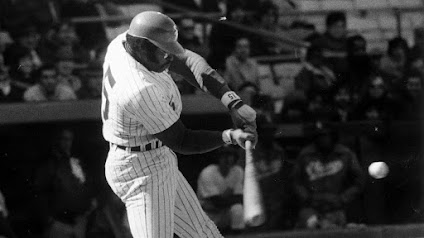 So--here we are. Dick has died, but Dick lives on. He will always be a living embodiment of baseball as a lightning rod for the hopes of an entire people, searching for an authentic identity--terms that are now so cynically castigated in the current theatre of American cruelty. There have been some interesting characters since Allen walked away from baseball who have captured a fragment of Dick's sly swagger: Jose Canseco, Albert Belle, Manny Ramirez, Gary Sheffield. But they don't possess the eternal cultural resonance that Dick learned, over time, to wear lightly, in the hope that it might eventually be a path for healing.

The Hall of Fame is, again, a Hall of Shame. Surely they will induct Dick soon, adding one more bedpost notch in the ongoing nadir of American hypocrisy. It is up to us to transcend all that, and transcend the disease that is crippling America. Let's do it for Dick: nothing would make him happier to know that a troubled nation could learn how to heal by following the path of a man marching to a different drummer.

Posted by Near-Genius Nephew at 4:25 PM