The legacy of major league baseball in Los Angeles reaches a pinnacle with the exploits of two flame-throwing pitchers whose careers barely crossed. Between them they threw eleven no-hitters; they continue to hold the league records for the most strikeouts in a season. 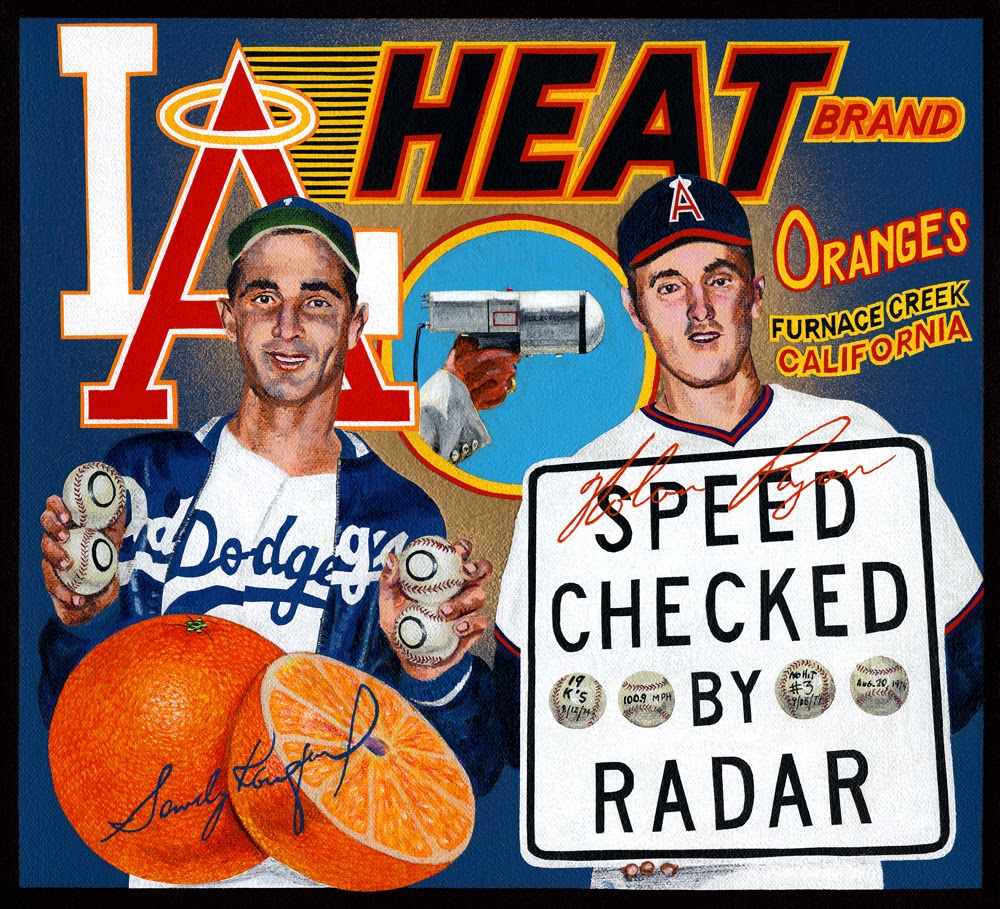 So even an Unauthorized History of Baseball such as the one created by Ben Sakoguchi (and commemorated in "Purpose Pitch," the Baseball Reliquary's exhibition exploring its cultural and aesthetic bond with the singular Japanese-American artist) needs to include the power pitching achievements of Sandy Koufax and Nolan Ryan.

Both pitchers left behind checkered early careers in New York (Koufax with the Brooklyn Dodgers, and Ryan with the New York Mets) before blossoming into dominant performers in Southern California.

And that is precisely where the similarity between the two men comes to an end. Koufax, quiet and reclusive, has stayed out of the limelight for most of his post-career; Ryan came back into baseball with a splash when he became president of the Texas Rangers.

Ben doesn't mess around with anything fancy in this composition, though he clearly had fun focusing on the radar gun. For the most part, the presentation here is as simple and bold and straightforward as a searing fast ball.

And this time Ben isn't being coy with his place name: Furnace Creek, CA is found in one of the hottest places on earth--Death Valley.