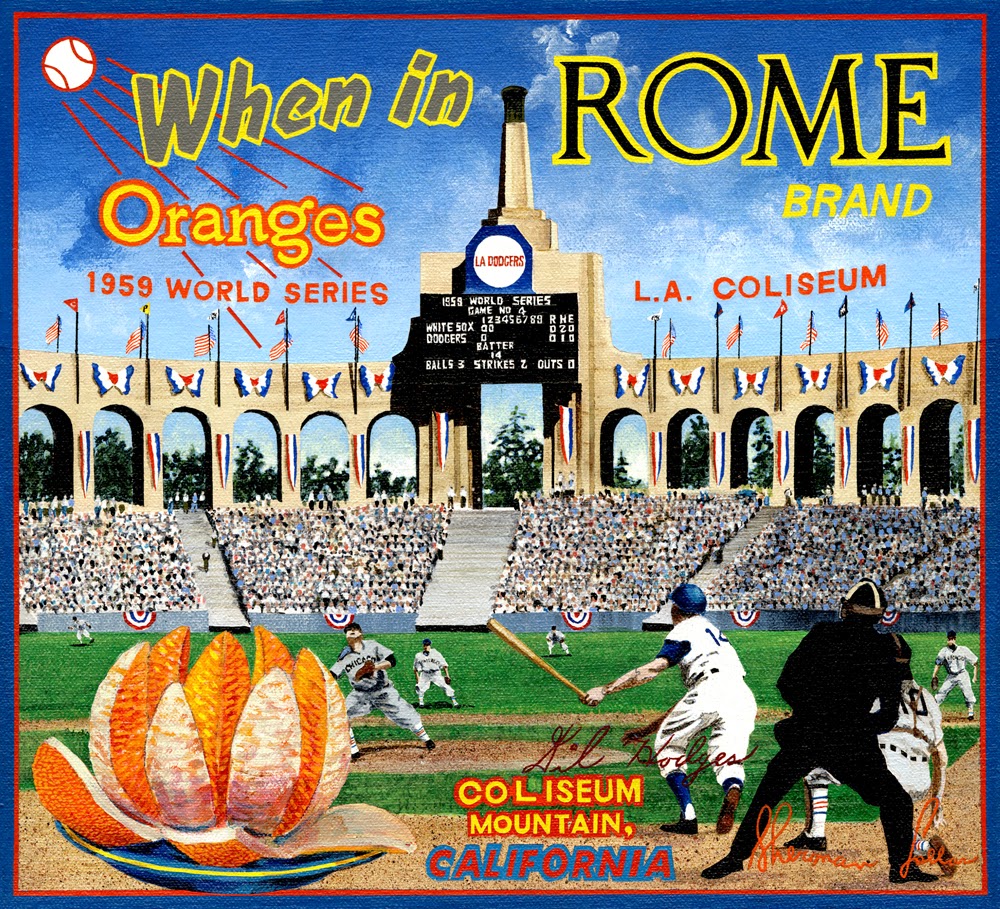 Here we have an unusual departure from the imagery utilized by Ben Sakoguchi in his "orange crate art" series depicting The Unauthorized History of Baseball (of which fifty-four paintings are on display in the Baseball Reliquary's "Purpose Pitch" exhibition at the Arcadia Public Library through April 29).

What's unusual? The depiction of an actual moment occurring in an actual game. Ben's photo source for "When In Rome" remains elusive, but the scene is clearly the result of an actual plate appearance on October 5, 1959 in Game Four of the World Series, which featured the Los Angeles Dodgers and the Chicago White Sox. (It also happens to be a day game, which is something you never see anymore.)

It's the bottom of the second, with the score tied, 0-0, and the Dodgers' long-time star first baseman Gil Hodges has just lifted an Early Wynn pitch high into the air. What the viewer will never know from looking at the painting is that this is no "dramatic moment" in the game: Hodges's fly ball stayed in the ballpark. 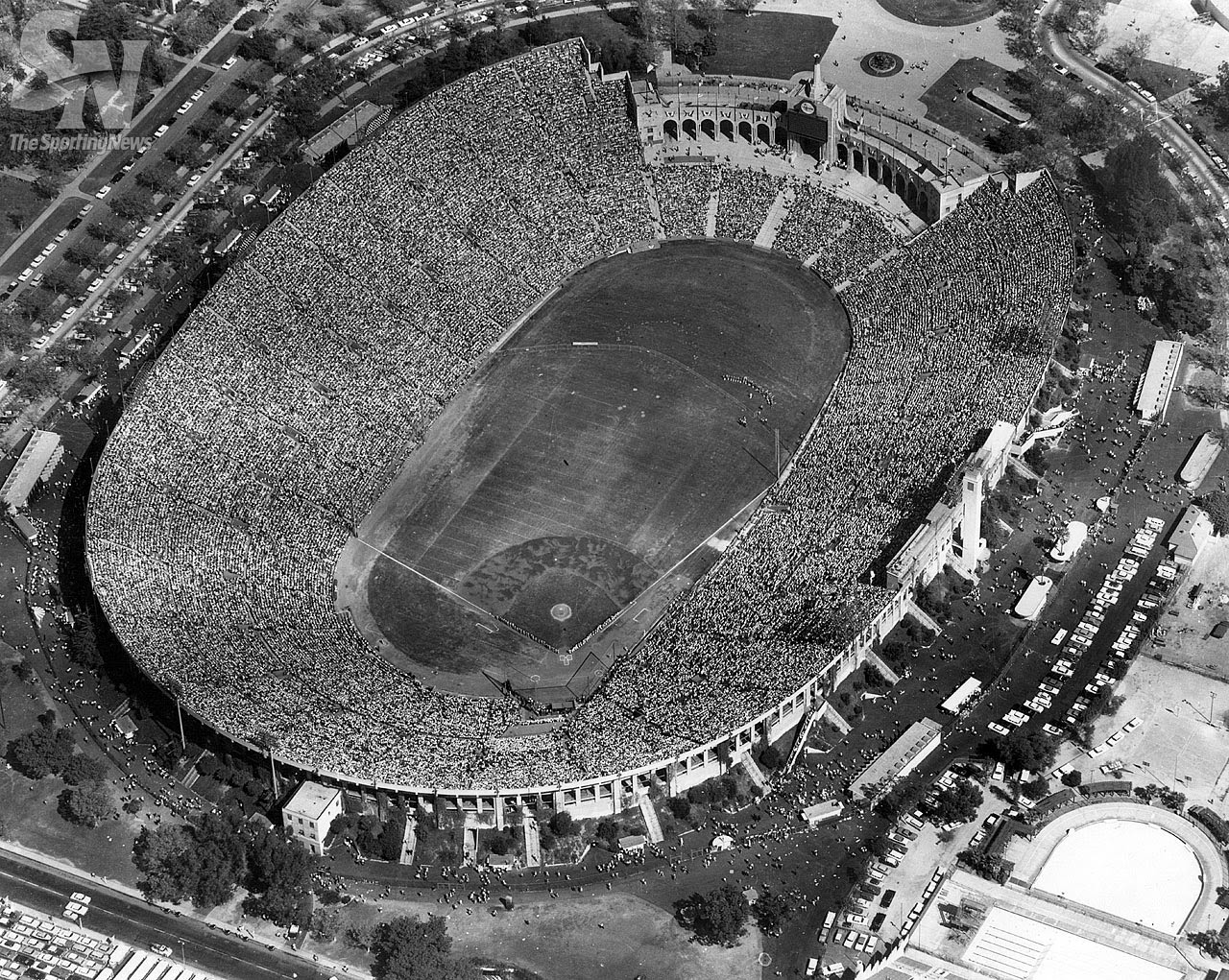 Are we meant, then, to merely enjoy the play on words ("Rome"--"Coliseum") while soaking in the replicated colonnade? Are we supposed to revel in the ground-level perspective of the shot--one which Ben has taken liberties with, as the aerial shot of the L.A. Memorial Coliseum reveals, where the intrusive outfield fence that we see there makes it clear that there is no such unimpeded view to the impossibly distant stands?

A little license is to be expected, of course. But Ben doesn't take license with the principal players in this important contest. (The Dodgers were leading the Series, two games to one, and this was the game around which the entire shebang was likely to pivot.)

And it turns out that Gil Hodges and White Sox catcher Sherm Lollar (whose signatures you see in the lower regions of the frame) were the key players for their teams that day. Hodges would be squarely in the middle of the Dodgers' four-run third, his two-out single driving in Norm Larker, making the score 2-0--the third of five two-out hits that would drive Wynn from the game.

And it was Lollar who hit a three-run homer in the top of the seventh off Dodgers starter Roger Craig that knotted the game at 4-4.

And...it was Hodges who led off the bottom of the eighth with a high drive over the net in the Coliseum's left field short porch that lifted L.A. to a 5-4 win and a three games to one Series advantage.   Relief hero Larry Sherry get his first of two wins in the Series (his second would clinch the first west coast World Championship for the Dodgers in Game Six).

While we didn't find the photo source for Ben's painting, we did find one that shows Hodges just before he makes contact with the ball in the bottom of the eighth. What you see here is what the insiders mean when they use the phrase "locked in."
Posted by Near-Genius Nephew at 8:09 PM