The Mustang sliced through the summer night, keeping a much straighter path on the road than it had any right to do, considering that the driver was 99 and 44/100ths percent stoned. 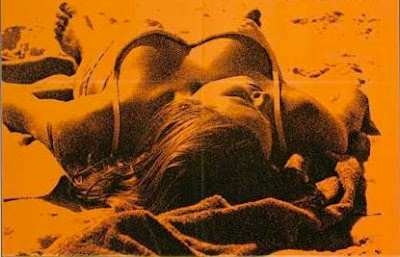 I was trapped in the back seat with a sexual volcano.

I'm barely legal, I quipped, staring out into a haze of lights flashing by on the western edge of consciousness (aka the Sunset Strip).

She laughed--so hard, in fact, that she actually began to snort--and started unbuttoning my shirt.

I'd just seen her most recent movie. She'd played herself--the sexiest hippie chick to ever tremble on the fructuous synapse of every man-child too closely in sync with his erectile tissue--and here she was, in the flesh.

What we have here, she giggled, is most definitely a win-win situation.

If only that were the case for our "friends" in Boston and L.A. (which will have to stand in for Berkeley as we erect our out-of-the-mists parallel parable), whose overnight transaction was every bit as unexpectedly electrifying to baseball fans as the glorious gifts of a screen goddess were for a precocious, eminently undeserving young prick.

Electrifying, to be sure. But we wonder, in our borderline mystical ways, whether this massive, breath-crushing maneuver will simply produce a series of empty mornings once the heat of the nocturnal moment has vanished to wherever it came from.

In fact, this could be the diametric opposite of the "win-win" that the young, spectacularly uninhibited movie star had referenced.

The trade--sending the Red Sox' sticker-shock talent out to what some folks still like to call The Promised Land (especially if you wind up in the right back seat at the right time with the most righteous of all right girls...) in exchange for two semi-wild pitching prospects, an enigmatic first baseman, a utility infielder, and a guy whose name would better describe a 60s Vegas comedian-turned-used-car-saleman--will be analyzed to death for years to come.

The mechanisms for such overanalysis are now firmly in place, of course, and we don't want to get in the way of those who simply can't resist such behavior--just as we were powerless to resist the charms of someone so copiously profligate with their sexual charisma.

This was a blockbuster trade that clearly operated in the mode of the sex act, with early whisperings, the buildup of foreplay, a brief moment of interruptus, a long, lunar moan, and the decaying echoes of the cool-down from the spittle-like spate of heavy breathing.

I found myself being nudged awake. 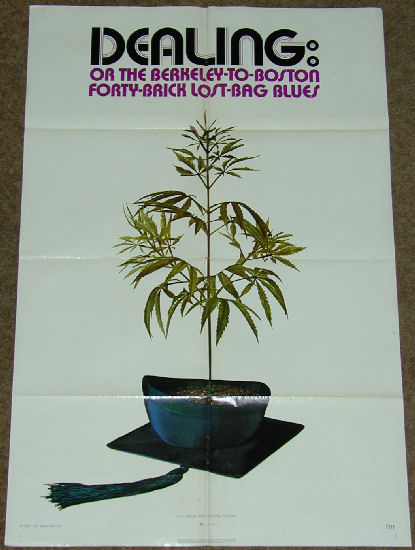 What--what time is it, I asked.

A male voice answered. It's early--and it's too late.

I found myself being escorted out into a courtyard--or what used to be one, at any rate. The water in its fountain had receded, dissipated. Its landscaping had turned as brown as her skin, and a squadron of sleeping bags formed a hazy semi-circle in the stark half-light.

It's only half a mile down the hill to Sunset.

She's not going to remember.

I was finally able to focus on the eyes. They were hard, cruel, but strangely compassionate, rimmed with a redness that was just starting to appear in the edges of the sky. The inscrutable eyes of a kung fu master who'd seen it all before.

He patted me on the shoulder. I turned and walked down the hill, contemplating the manifold nature of ecstasy....and oblivion.

Consider the downsides of such a concupiscent coupling:

--Adrian Gonzalez has a lifetime batting average of .212 at Dodger Stadium.
--Carl Crawford probably won't play until the middle of next year.
--Josh Beckett may have lost his fastball.

--The two pitching prospects (Rubby de la Rosa and Allen Webster) have control issues.
--James Loney will be gone to free agency after the 2012 season.
--Ivan de Jesus probably can't play shortstop well enough to start, so he's at best a utility player.
--Jerry Sands (yes, the man who owned Las Vegas in a former life) might be the only "plus" here--but as "mights" go, it's not all that mighty.

The world is fortunate in that only eight percent of all one-night stands have "consequences." This one-night stand, however--between two teams mobbed up by their recent peccadilloes, ripe for the most reckless of all assignations--will have more than consequences, more than repercussions. The probability of remorse here looks to be upwards of sixty percent.

For the Dodgers, it's more conventionally the buyer remorse and the level of resentment that will cpme into play now that they've had the "faux Yankees" wardrobe dealt like a forty-pound brick from Boston to the offices of Magic Johnson. (In the movie Dealing, it was Berkeley-to-Boston, but forty years later the mob and the contact high have drifted westward back to Tinseltown.)

For the Red Sox, it's a journey back into the wilderness. From ecstasy to oblivion. At least they won't be the faux Yankees--at least, not for a little while.
Posted by Near-Genius Nephew at 12:11 PM