JIM, JACK AND THE LASH OF THE BACK: BASEBALL's CULTURE WAR HEATS UP

First and foremost: congratulations to Barry Larkin for his enshrinement in the Hall of Fame. He is an exemplary choice in every way.


•
While yesterday's Hall of Fame vote didn't deliver a lethal blow to our little scenario for future results (more on that below...), it did crystallize the dynamics of the culture war that continues to rage between two increasingly armed camps: the mainstream media and the blogosphere.

What's clear from the increase in the support for Jack Morris (up to 67% from the low-to-mid fifties in the two previous years) is that the mainstream media has been listening to the blogosphere. But what they've heard--much as was the case with Jim Rice--has caused them to dig their heels in. 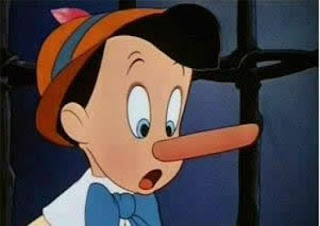 It's plain as the nose on Pinocchio's face that the BBWAA writers have taken umbrage at the ridicule that has been relentlessly sent their way by a very vocal minority (a kind of "Green Party" of "baseball activists") that hounds them. As is the case with any stacked deck, there are essentially two choices for alleviating the effects of such a condition: evolution or revolution.

The blogosphere, following the more combative post-Abstract muckracking of Bill James, has chosen revolutionary ardor. Buoyed by the fact that baseball front offices have adopted statistical and economic concepts from the ongoing "advanced metrics industry," they operate ideologically, attempting a full-court press of cultural revolution.

But they've only been given the keys to daddy's car. They don't own the car, and they don't have enough revolutionary praxis to steal it away from either its owners or its guardians: the mainstream press.

Thus the Hall of Fame has become the bloody battleground for symbolic control of the flow of ideas and the control over the nature of discourse. As we've demonstrated elsewhere, the flaws in the Hall of Fame voting process have been exaggerated, beginning with James in The Politics of Glory, who opened the door to what has become a tidal wave of revisionism by declaring that the process was irretrievably broken and advocating radical new mechanisms for voting.

Thus the BBWAA has been under assault from the forces of revisionist revolution for the better part of two decades, with a yearly flashpoint that occurs in the second week of every new year.

Make no mistake: the BBWAA is far from perfect in what it does. But nothing in this world is. And when an organization holds an important key to how "cultural definition" is coined, it's best to proceed from a less combative position.

Rich Lederer's campaign for Bert Blyleven was effective not so much because it encompassed all of the deep technical truths that animate the world of "advanced metrics," but because it was an example of positive advocacy. By contrast, the neo-sabe campaigns against Jim Rice (and, now, Jack Morris) have failed to gain traction. If anything, they may have helped hasten the very thing they were attempting to avoid.

Frankly, the Hall of Fame is the most pointless place to wage a cultural war. But neo-sabes can't quite let go of their Stalinist roots. They factionalize as well--and as frequently--as any cadre of folk, even those with a bitterly cynical brand of utopian fervor. (It's that combination of impulses that earmarks it as a tiny but potent signifier for the ongoing malaise in American culture.)

The sane response to a Hall of Fame that's seen as a hopeless quagmire is to simply start one's own. A somewhat more moderate subgroup in the analytical world began this in the mid-80s, well before the Internet. That group predated the Hall of Merit by fifteen years, and it began as an intellectual exercise not motivated by the cynical depredations that permeate James's bracing-but-divisive Politics of Glory. That group called itself the Baseball Maniacs, attempting to own up to the obsessiveness that such immersion in minutiae so clearly entails. They did not think that the world would change much if they conducted a thought-experiment about who the best ballplayers were. They did not think it quite so urgent that a semi-lax organization be overthrown due to the "cultural abominations" it had perpetrated upon a helpless humanity.

As noted, the result of these negative campaigns against Rice and Morris seems to be that the organization with the power to make a "bad decision" will only be motivated to go ahead and do it, if only to remind everyone that they have the power to do so. Now, in some cases, such actions can serve to undermine authority and pave the way for cultural change. That's what some would call a Trotskyite tactic for "dialectical transformation." And, clearly, creating martyrs has brought about change--some of it good.

But people become resistant to such tactics. They learn to discount and deflect them. Cycles of change occur as cultural combatants revise and reapply their words and actions.

But the other problem for the neo-sabes who want to reform/control/blow up the Hall of Fame and drive all the BBWAA "morons" into the Red Sea is this:

--Not nearly enough people are going to get up in arms if/when a controlling organization goes "rogue" and puts Jim Rice and/or Jack Morris into its Hall of Fame.

There's no traction for "cultural transformation" here. It's better found in the front offices. If it permeates the front offices (and, to some extent, it is doing so, but the jury is still out on that eventual outcome), then there will be a slower but more lasting set of changes.

"Mandarin revolution" is a double-edged sword, and one must not proceed prematurely to the next state of change without risking backlash. The road to what looks like a sudden transformation is usually preceded by a long march. That is the reality of the situation here, and it will be best to accept and absorb  the so-called "setbacks" in order to find the path that will lead to success. Given what's happened, there is really no other recourse.


•
So Morris' rise in the voting reflects more than just a strategic failure on the part of the numbers mob. It demonstrates that if you push against an inchoate monolith, the inchoate monolith tends to push back. 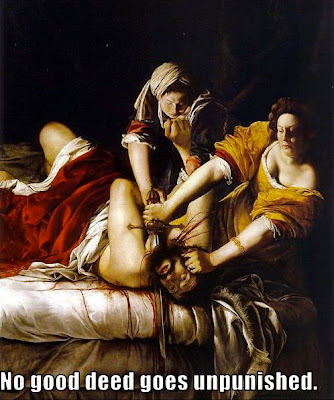 The corollary to the famous film noir maxim "No good deed goes unpunished" that's appropriate here is: "Poke a sleeping bear once too often, and you won't have to worry about where your next meal is coming from--because you will be the meal." The BBWAA is the bear; we are the visitors to the park. You don't change that essential relationship by yelling at the bear.

We weren't convinced that the Morris matter had taken root in the way that it has, but this year's result makes it clear that we're now in that "elemental test of manhood" phase.

Organizations do (at least) as many bad things as good things when they are threatened, or feel threatened. Lederer's approach shows how small changes can be made; the campaign against Rice (and now Morris) is pitched at such a volume that it can't help but create backlash.

From the tiny standpoint of our own ongoing HoF projections, they weren't blown out of the water by yesterday's results. Jeff Bagwell came up a bit short of our projection, but his upward movement was strong; while there's considerably less certainty that he'll make the necessary jump for enshrinement in 2013, we'd still grade it at 60-65%. None of the other results were particularly divergent from what was predicted; like many of those whose individual voices remain less combative than the unfortunate "echo chamber" effect of the numbers blogosphere, we're heartened to see Tim Raines move up in the vote, but caution his advocates to be ready to weather a protracted plateau as a series of more obviously qualified candidates begin to appear on the ballot next year.

[EDIT: Some might wonder why, if the Hall of Fame is characterized here as not being worth so much worry, why we've (recently) advocated a "Hall of Fame Redux." A fair question. That idea is just that: an intellectual exercise that follows in the wake of very diligent efforts by a group of committed baseball scholars and historians to shape an alternative roster of the best players using the most rigorous methods available to them (the Hall of Merit).

The thought-question answered by a "Hall of Fame Redux" is what would that roster of inductees look like had the same bureaucratic constraints been in place for the Hall of Merit as was the case for the BBWAA. While this is admittedly an esoteric idea, the interest in seeing such a result simply won't go away, at least from yours truly. We will know more about what the exact differences are in the de facto "inner circle" of the Hall of Fame by participating in such an exercise. Perhaps this is pointless, as it will not change anything. But any new perspective has the potential to spark future actions and change, even if they seem less than promising at first glance. That's my story, and I'm sticking to it.]
Posted by Near-Genius Nephew at 11:09 AM