Here's a curious fact we reported on elsewhere (though if you'd blinked you would have missed it.) The aggregate ERA in the major leagues during the 2011 regular season was 3.94, the lowest it's been since 1992.

However, the aggregate post-season ERA, issuing from games where the teams have significantly better won-loss records, leading one to surmise that it would be lower than the regular-season value, was almost seven-tenths of a run higher, at 4.63.

Note, however, that the AL performance in 2010 was still a good bit lower than the overall ERA in '11. The table at left shows the post-season ERA since 2000.

What's the reason for that? Part of it is just random fluctuation, due to the fact that in some years, the better hitting teams manage to prevail in the post-season. That would seem to have been the case in 2004, 2007, and this season.

While a more complete anatomization of this phenomenon would doubtless be interesting, the small sample size of games in each year (less than 70 per post-season) makes any additional conclusions concerning the discrepancies and fluctuations into mere speculation. (One thing we might look at--maybe around this time next year--is the difference in starter/reliever ERA in the post-season. From 2000-10, the difference is about half a run: 4.14 ERA for starters, 3.58 ERA for relievers, which is more pronounced than the difference between the two pitcher classes in the regular season over that time frame. There may be some trends there that, while in no way changing the course of human events, will nonetheless be noteworthy.)

As is always the case in the post-season, managerial decisions get put under a highly distorted lens. The nature of the post-game series, with the heightened value of each game in comparison to the regular season, creates some shifts in managerial behavior that simply don't get accounted for or accepted by the various cliques of armchair analysts. Let's take one example that has been talked to death in the aftermath of the 2011 World Series...

So IBBs generally go up 50% in the post-season, quite probably due to the fact that there is at least a perceived need to over-manage in tight situations since wins are so precious and losses are so fatal.

That said, the record of post-season teams who've issued three or more intentional walks in a game is 7-33. This means it's a play that ultimately results in a win 17.5% of the time. (That figure is slightly higher in the regular season: since 1995, when the IBB was first tracked, teams who've issued three or more IBBs in a game have emerged victorious in 19% of the games in which the tactic was employed.) 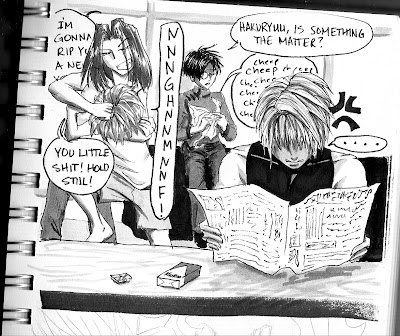 Washington issued nine IBBs over the seven-game series, prompting various critics to do their best in "ripping him a new one." Without passing judgment on Washington one way or the other, it would be reasonable to assume that since he'd used the extreme strategy in one game and it resulted in a win, he would then have concluded that it was a viable approach to use when his team got within one win of a World Series title. He may or may not have known that such an approach (one that worked in Game Five) was such a large odds-buck.

In Game Six, however, both managers issued one--and only one--intentional walk. Washington's came in the tenth inning, when the Rangers were up 9-8 and Albert Pujols was scheduled to bat. Data from 2011 in games where teams were up by one run in the late innings shows that the IBB here is only about a 50-50 proposition, but the pressure to "not let the big guy beat you" is so strong that Washington really had no choice. Currying favor with sabe types when you are one out away from a World Series win is not going to play well in a major league clubhouse--not now, and possibly not ever.

The problem for Washington was that the next hitter was Lance Berkman, who punched out a two-strike single to tie the game.

Now he might have ratcheted up the tension even more by walking Berkman intentionally, but conventional wisdom would have hated that as much as the sabes, in that it would have put the winning run in scoring position. But despite that danger, Washington would have given his pitcher (Scott Feldman) a platoon advantage against the next hitter (Allen Craig), a lesser hitter than Berkman.

Of course, if this hadn't worked, Washington might well have become the first manager since Dick Williams to be fired during a World Series.

Now, such extremity might have flown if it had come from the restless mind of Tony LaRussa. TLR's intentional pass in Game Six came in the fifth inning, when he bypassed Mike Napoli with a man on third and two outs. That was to get to Craig Gentry, who was pinch-hit for with David Murphy--who walked to load the bases. This is the spot in the game when many urged Washington to send up another pinch-hitter, but one can counter-argue that it'd have been unwise to deplete the bench too early. (No matter one's opinion regarding this decision, not pinch-hitting here didn't prevent the Rangers from taking a 7-4 lead going into the bottom of the eighth.)

Would it have been interesting to see what would have happened had Washington brought up his other lefty threat, Mitch Moreland, in that spot? Absolutely...would TLR have gone to a lefty at that moment? He didn't have to use all of his LOOGYs in Game Six, so having to bring in one to face Moreland would not have been impossible. Then the question would have been: do you then bat for Moreland, since he's a certifiably lousy hitter against LHP (.581 lifetime OPS)? Washington would have X'ed out more of his own options than TLR, and that argued for not going down the over-managing superhighway.

Ultimately, we come up against the fact that there are just some things in the game that are a crapshoot. The post-season magnifies all this, and the post-season clearly induces more reactive behavior as a result. And it results in a great deal more second-guessing, most of which is hot air. 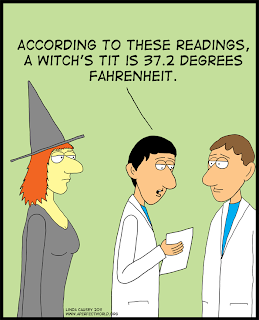 And sometimes the gods just smile down on someone. TLR let Daniel Descalso stay in Game Six after the utility infielder pinch-hit in the 8th. He pulled his starting shortstop (Rafael Furcal) when he didn't really have to do so in favor of keeping his UT guy in the game, mainly to push back the next pitcher's batting slot as far as possible.

TLR had depleted his position player options at this point, but the gods gave him a break when Descalso got another hit to start the tenth and Jon Jay (cold as a witch's tit and 0-for-the-WS when he came into Game Six) did likewise.

But at this point, he had no choice but to bat a pitcher, meaning that his strategy was 1000% transparent. Kyle Lohse, the designated "pitch-hitter," executed poorly, but the gods smiled down again: Adrian Beltre charged too hard and he was in too far to catch the pop-up. If Beltre hadn't charged so hard, you've got yourself a Texas double play for sure--possibly a game-ending (and WS-ending) triple play.

But the gods had decided to smile down on TLR and the Cards. The ball dropped, the sac hit worked, and the game was eventually tied and won on the walk-off homer by David Freese (a man who clearly was not cold as a witch's tit). 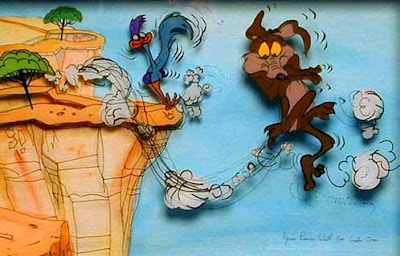 TLR--a vain but honorable man, a baseball mind both overrated and under-appreciated, an on-field nobody who transformed himself into a dugout somebody--was both intelligent and intuitive enough to realize what a gift had been bestowed upon him and his team.

Given such a reprieve, he and his team got things done the next night, and TLR--in arguably the most brilliant move of his entire career--decided to walk out into that night, with a blaze of light that, as a result, will be inextinguishable.

Unless he makes a mistake and un-retires, that is. Don't ever make a two-step into a three-step: that's how the damn Coyote ends up over the cliff, every time. Buona sera, Signor La Russa.
Posted by Near-Genius Nephew at 10:44 AM