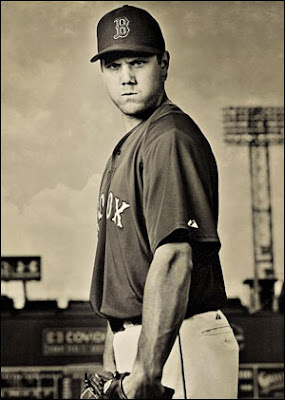 While he isn't a signature feature of the recently-departed EJE (you know, the Epstein-James Era, whose true icon is David Ortiz), Jonathan Papelbon was a lightning rod for the Boston Red Sox and their many mouthfoam-infested fans, a nation of harsh accents that has been (temporarily) quieted by a Month From Hell.

They won't have Jon anymore to kick around, to champion, to fixate upon--he and his kewpie-doll face have moved to Philadelphia, the true big leagues of bad fandom. It's a classic out-of-the-fry-pan-into-the-fire scenario, but the Big Payday™will buy several tons of aloe to soothe the burn.

Before we let him scowl off into that good night, however, we thought it would be fun to commemorate a key subset of his 6+ years with the Sox. What's that nutty, nougaty morsel of Papelbon's often anxiety-producing performance? Why, nothing other than his game-by-game record against the Red Sox' arch-rivals, the New York Yankees.

That game-by-game record can be accessed by this link at Forman et fils (which seems to be downsizing to "Forman et fil" despite--or possibly due to--a massive sticker-shock phenomenon that's gone viral on their pages). The yearly summary of that performance can be found below:

You could say that is what happens when a good reliever is pitted against a franchise that is, year-in and year-out, the best (or near-best) team in the game. 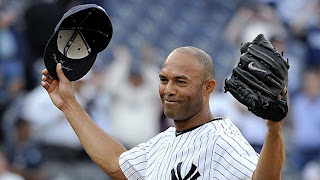 We'll leave it to others to anatomize the single-game details of Papelbon's bateau ivre odyssey against the Evil Empire. As a footnote, we thought it might be instructive (or at least interesting) to examine the record of Jon's mysterious rival from the Bronx, Mariano Rivera. How did the man who's likely to be remembered as the greatest relief pitcher in baseball history do when he faced the Red Sox?

We are limiting our direct comparison to the years in which Rivera and Papelbon overlap (2005-2011), but let's note before we proceed further that Mo's lifetime ERA against the Red Sox is 2.82 and he has saved 54 games against them. His won-loss record over that time span: 12-7.

Here are Rivera's year-to-year stats vs. the Red Sox from 2005 to the present:

Mo is giving up a lot more hits per nine against the Sox (8.6 vs. 6.9 lifetime), which makes sense given Boston's consistently strong offense. His BB/9 is also up (2.8) but not all that much from his lifetime (2.0). 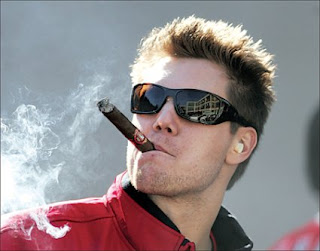 This is the difference between a Hall of Famer and a guy who's sidling up to "close but no cigar" status. (But don't let our picture fool you as to who fits which category!!)

So what about head-to-head competition between these two guys? Is that a contradiction in terms given the logistics of bullpen usage as it's evolved? Does the fact that the specialization inherent in the closer role has made head-to-head appearances between relief aces a mutually exclusive proposition?

Take a moment and ponder this--and then take a guess as to how many times Papelbon and Rivera have appeared in the same game...

How many of those games do they have in common, and what happened in those games?

The answer is eleven. Here's a quick synopsis:

May 11, 2006 (Yankee Stadium): Rivera pitches the ninth with the Yanks down 4-3 and gives up a run. Papelbon enters in the eighth, relieving Keith Foulke with what was then the tying run at third, fans Miguel Cairo to end the threat, and retires the Yanks in the ninth for his first save against them.

May 23, 2006 (Fenway Park): Papelbon enters in the ninth with the Red Sox trailing 7-5, keeps it close by retiring the side with 2Ks. Rivera enters with one out in the eighth, leading 7-4, allows an inherited runner to score, but that's all the Sox can get: Mo gets the save.

June 3, 2007 (Fenway Park): With the score tied 5-5, Papelbon gives up a ninth-inning HR to Alex Rodriguez. Mo, who hasn't been pitching that well thus far (5.11 ERA going into the game) works the bottom of the ninth and fans two (Manny Ramirez and Mike Lowell) to nail it down for the Yanks. 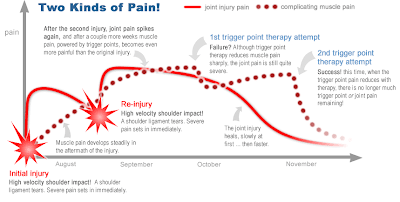 September 14, 2007 (Fenway Park): The Sox are cruising to a division title, but the Yanks know how to make things interesting. Trailing 7-2 in the eighth, they rally against Hideki Okajima. Papelbon enters the game with one out, two on, and the score 7-4. Boom, boom, boom: Jeter singles, Abreu doubles, and A-Rod singles. It's suddenly 8-7 Yanks. In the ninth, Rivera gives up a single to J.D. Drew, but he gets out of it. Mo gets the save, Papelbon gets two kinds of pain: a blown save and a loss.

August 28, 2008 (Yankee Stadium): A close, well-pitched game on both sides--a rarity in this rivalry: the game is tied 2-2 in the ninth. Rivera is brought in and works around a Jeter error (!!) to retire the side. Justin Masterson begins bot-9 for the Sox, and things slowly get complicated: a single, a steal, an intentional walk, and a 3-2 walk to Ivan Rodriguez loads the bases with one out. Paps comes in, gets two quick strikes on Jason Giambi, then--boom! Single to center. Mo gets the win, Masterson winds up in Cleveland.

April 24, 2009 (Fenway Park): The Yankees take a 4-2 lead into the ninth, but Mo (who'd been brought in during the eighth to quell a Red Sox rally) gets tagged for a two-out, two-run, game-tying homer by Jason Bay (soon Mets-bound, where he'd hit half as many homers over two seasons as what he hit in '09 for the Sox). Paps comes in for top-10, has an adventurous inning, but strands two. He's replaced by Ramon Ramirez in the eleventh The Sox push over a run in the bottom of the inning to win, 5-4. Blown save for Mo.

August 7, 2009 (Yankee Stadium): Probably the best-pitched game on both sides during the 2005-11 incarnation of the rivalry. The Yanks win, 2-0, when A-Rod hits a walkoff homer in the bottom of the fifteenth. Josh Beckett and A.J. Burnett, former Florida teammates, are each unhittable for seven innings. Mo works the ninth, Papelbon the tenth.

April 7, 2010 (Fenway Park): As the yearly totals above will attest, Papelbon had a very rough year against the Yankees in 2010. It began with this game, where, after pitching a perfect ninth, he was sent out for a second inning by Terry Francona and immediately surrendered a homer to Curtis Granderson. He K'ed Nick Swisher, but got wild and had to be relieved--and it was already over: the Yanks wound up winning 3-1. Mo came in for the bottom of the tenth and picked up the save.

August 7, 2011 (Fenway Park): The Sox, still in high gear at this point in '11, were pushing their way past the Yankees for the AL East lead, and it was all working for them here--trailing 2-1 in the ninth, they pushed over a run against Mo (blown save!) to tie the game, then won it in the bottom of the eleventh against Phil Hughes. Paps pitched a scoreless ninth.

September 25, 2011 (Yankee Stadium, second game of DH): Firmly in the grip of collapse, the Sox won their second-to-last game in 2011 by rallying from a 3-0 first-inning deficit, taking a 4-3 lead with two in the seventh. The Yanks tied it up and the game went fourteen innings before Jacoby Ellsbury took it to Aaron Laffey, hitting a three-run homer to pull out a 7-4 win. Mo pitched the ninth; Papelbon saved the game in the ninth by striking out Austin Romine with the bases loaded, then threw two more scoreless innings. It was his longest (2.1 IP) and most successful appearance against the Yanks.

The Yankees won seven of the eleven games where both Mo and Paps appeared.
Posted by Near-Genius Nephew at 1:01 PM