Paulo Orlando is single-handedly responsible for the slight uptick in triples per game that's occurred in the early days of the 2015 season. 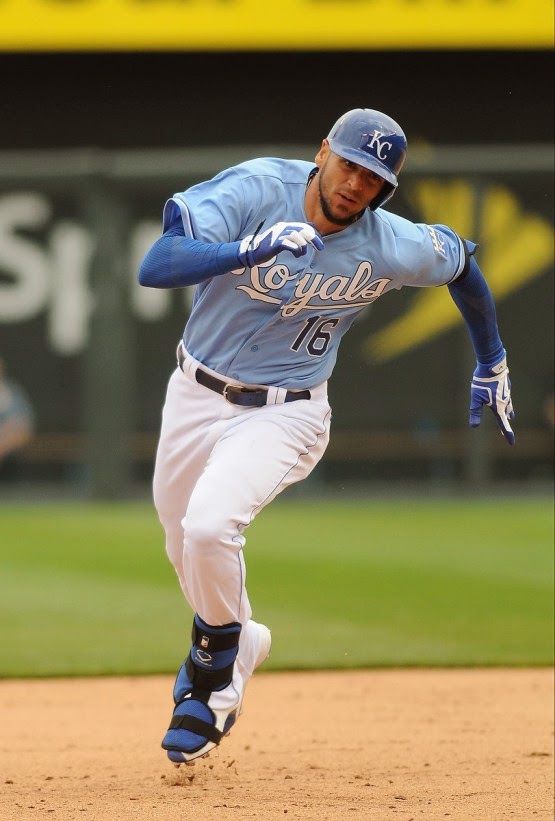 The "blazing basher from Brazil" has hit five triples, including three in his first three major league hits, and so he's grabbed that Warhol moment. (Come to think of it, wouldn't be great if there was a ballplayer named Andy Warhol? Except it would really suck when he turned out to be a pudgy backup catcher instead of a futility infielder with occasional power. In fact, there has been no ballplayer--majors or minors--whose surname is Warhol...the closest was a 50s Phillies' farmhand named Robert Warholic,  a man for whom the bell tolls with no biographical data whatsoever.)

Orlando was almost that anonymous when the 2015 season began, but he found a fit with the Royals, who've always liked speedy outfielders with marginal power who put the bat on the ball. KC is blazing hot right now, and Paulo's three-base-hit surge has fit in with that fast start. (We think that the league will probably start to move their outfielders back about 10-15 feet, which will probably put an end to all this triples tomfoolery.)

But it would be great if that 190-foot rule was in place, which would give someone like Paulo a chance to hit 15-20 triples in a season just by getting maybe forty opportunities to bat with what we've taken to calling a "punitive shift" (and thanks to our friends at "Fright Quotes R Us" for renewing their sponsorship with us this year--it would have been cheap at twice the price, guys).

No one would love it more than us if someone actually hit 30 triples in a season, but it's not going to be Paulo Orlando. Not without some added "help" from a game that really could use about twice as many three-baggers.
Posted by Near-Genius Nephew at 11:55 PM