We are not amused.

We wonder if the recent news of a leading purveyor of jackoff journalism's latest friggin' in the riggin' (Darren Viola will know that reference, natch, and quite possibly our old pal Tom Hull, who writes a colder, meaner blog than we do and actually underplays his best stuff) will come back to haunt everyone.

If you don't know about it, Deadspin--the snarkertainment site that fuels its version of a tabloid trashorama punky reggae party by snorting used battery acid rather than going the route of the gurgling bong, has bought the Hall of Fame vote of a BBWAA member and is going to have some kind of noisy "phun" with that "phact" between now and early January. 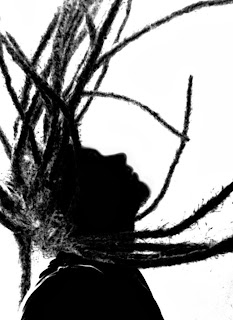 We see it as overgrown East Coast renegade ex-frat boys pranking "the pose" to ridicule a voting process that doesn't need any more trouble than it already has. So, from now on, we gonna take to calling them "Dreadspin."

We think it has about a 40% chance of causing enough backlash to create what is probably the greatest of all unwanted voting results in the history of the BBWAA.

Yep, that's right. We call that "the spectre of Whisky Jack."

Enough self-righteous indignation on the part of the BBWAA, put into focus as a result of this jockstrap grandstanding, might just be the catalyst to turn Year 15 of the Jack Morris "vision quest" into the unsightly nightmare that so many have been railing about.

Perhaps there's a theory buried in the bottom of Dreadspin's seemingly endless supply of Red Bull™ that such an outcome would produce an acid rain of protest from the world at large that it would bring down the BBWAA's "contract" as Hall of Fame electors.

Don't bet too much on that, kiddies.

Of course, Dreadspin would suggest that it's the entire voting process that's messed up--the steroid era having its own calamitous impact. That's a done deal, and there is still time for all (or at least most) of that to work itself out. And it's still likely to happen, despite this stunt.

But the one artifact of this skullduggery might just be to blight the dais at Cooperstown with the man that the numbers community wants to stake through the heart.

And while Bob Marley won't be here to lead the Exodus, the ranks of the Wailers will surely be increased a thousandfold...
Posted by Near-Genius Nephew at 2:13 PM