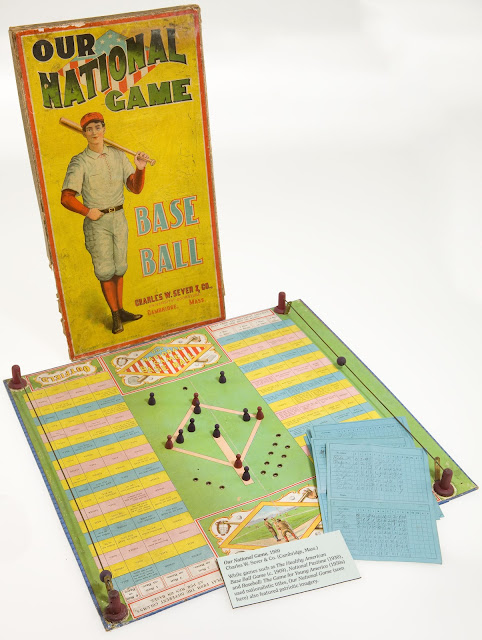 Right in the middle of the 2012 post-season, a unique baseball collection will go to auction.

Baseball table game collector Dr. Mark Cooper (who always seems to have that monicker applied at the front of his name, just like Dr. Joyce Brothers) will let go of an assemblage of over 250 board games that span more than a century.

Heritage Auctions in Dallas is putting this event together, and it's currently scheduled to occur on October 25-26, 2012--an event that might just coincide with another post-season appearance by the local team (the Texas Rangers).

The graphics and visual layout of these early board games have the same antique charm and nostalgic resonance as so much of the more well-known baseball memorabilia, and often conspicuously feature star players of yesteryear (looking, no doubt, for endorsement income at a time when the possible windfall was something more than a drop in the bucket).

We'll feature more of these as we move closer to the auction date. It will be awhile before Heritage has a highly structured area up and running, so we'll keep the previews coming. Great stuff! 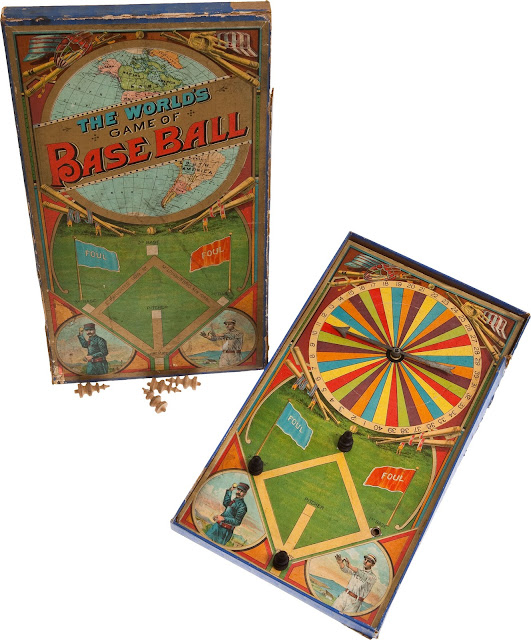 Posted by Near-Genius Nephew at 2:53 PM