As we suggested awhile back, Yu Darvish will emerge as the most pivotal chip in the major league baseball post-season when the Nippon Ham Fighter ace becomes the most-talked-about Japanese baseball player to be "posted" for acquisition by American MLB clubs.

Let's face it, the Yanks got by with a whole lotta smoke and mirrors in the starting rotation last season, and odds are not short that they can pull a repeat with what they're currently projecting to put out there behind C.C. Sabathia.

Where else could Yu go? The Red Sox are paying two pitchers (John Lackey and their earlier "Big in Japan" investment Daisuke Mastuzaka) some serious coin to heal in 2012, and new Boston GM Ben Cherington is downplaying his team as contenders for Darvish.

Big dollars have already flowed in Miami and Anaheim (oops, sorry: the Angels still want us to think they are actually based in Los Angeles, don't they?), so it would be even more astonishing if either of them decided to enter the fray.

Of course, we are rooting for some kind of totally counterintuitive result from all this. We're firmly convinced that baseball, now that MBAs have taken charge from top to middle to Yu's-soft-as-a-baby's bottom, is about to enter its most virulent phase of meta-collusion to date, a barely-hidden travesty that will only become more overt in the next several seasons as we transition from the reign of Budzilla to the MBA's version of David Petraeus. The anarchic environment within the industry is gaining steam; in such a context, meta-collusive transactions are becoming likelier and likelier.

In that spirit, examine these possible counterintuitive locations for Yu:

1. San Diego. Sure, Jed Hoyer is gone, but the moles that Jed and his new-old boss in Chicago, Theo Epstein, have implanted within the Padre organization could pay off with a stutter-step maneuver that brings Darvish to the West Coast as a short-term "rental" followed by a pass-through to the Cubs in 2014 or 2015 when the Cubs are ready for the final piece of their "break the curse" puzzle. (Of course, that assumes that Theo and Jed really are going to lead the Cubs out of hibernation.)

Chances are higher than usual that Darvish is going to get an opt-out clause in his contract...whether this is for everyone's mutual benefit or to establish as many pass-through options as possible will just have to remain to be seen. 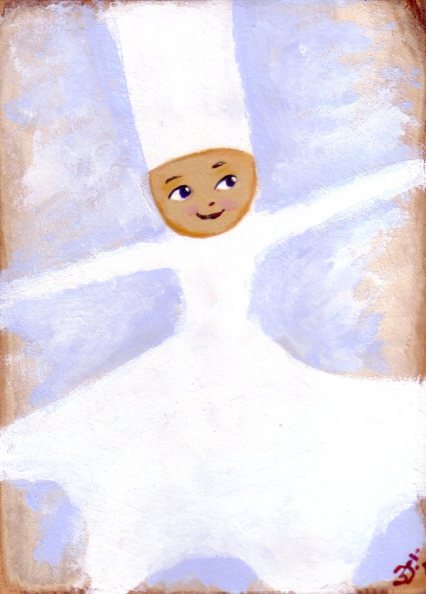 2. Philadelphia. Hey, why stop with Phour Aces? They have the money.

3. Seattle. Actually, not so counterintuitive. A good ballpark fit, with similar weather.

It's just a question as to whether Jack Z. can convince his bosses that Darvish can get the M's back on track when they have so much more left to do in order to be competitive.

4. Kansas City. (Hey, you knew this was coming.) The Royals need to go for it now--and what would better symbolize the breathless abandon of a long-dormant but suddenly heel-swingin' franchise than the acquisition of an actual, bonafide whirling Darvish for a team in need of an even newer twist?

Plus it would give Joe Pos something to get extra creamy about.

Actually, only 1) and 4) really provide any likelihood of pass-through or meta-collusive scenarios, but the fact that it's a 50-50 proposition should tell you something.

Wherever Yu winds up, though, the perfect American theme song awaits him...

Little girl lost Lauren Hillman, moving her way through to synth-pop resurrection via a crossbred tune mashing up The Beach Boys and Enya, gives Darvish an angelic, Kotomi-esque chorus. And why not?

Well, because Yu will almost certainly wind up in New York, and they'll probably decide to make him into a Metal Man. Big mistake, Ninja guy: power pitcher needs ethereal girl to achieve grace and balance. Wherever you go, make this your theme song, and America will be at your feet.


Posted by Near-Genius Nephew at 5:44 PM