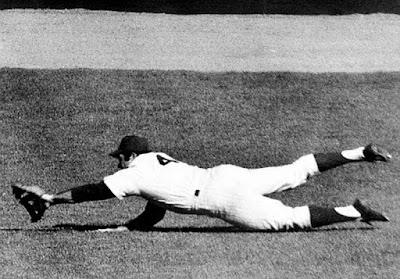 Political controversy was certainly in play fifty years ago, when the New York Mets upset the heavily-favored Baltimore Orioles in the World Series. The anti-Vietnam protest dominated print journalism on the morning of October 15, 1969, but there was no 24-hour news cycle to fan it into further flames. By that evening, the protests for peace had concluded, making a point that would be duly ignored by the Nixon administration, who would invade Cambodia the next year.

The story dominating the news that evening (and over the next several days) was the odd, dramatic set of events at the World Series. Game Four, with its irregular heartbeat-inducing action in the late innings, evoked wonder (Ron Swoboda's reckless, do-or-die catch in the ninth) and controversy (should J.C. Martin have been called out for interference?). 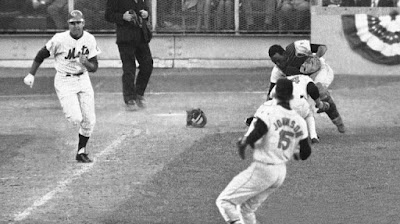 The Mets' World Series lead of three games to one loomed larger than anything else, eclipsing (for the moment, at least) politics and the first incarnation of America's crippling "culture wars."

Today, we are in another October fraught with political controversy--a darker, more surreal time thanks to fifty years of concerted effort to divide America into as many disconnected pieces as possible. A desperate, despicable game of chicken with the principles of democracy is playing out; the climate in the country is locked and loaded on retributive justice. Marlene Dietrich's words to Orson Welles in Touch of Evil are hideously (but hilariously) on point: "You're a mess, honey." 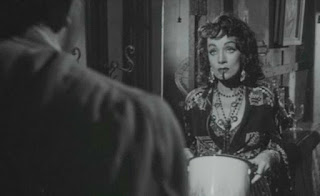 This year, we have monopoly money teams (Yankees, Dodgers, Astros) mirroring the state of American income equality in their domination of leagues where "tanking" and other egregrious manifestations of competitive imbalance are writ large, but somehow tolerated in a similar slow ooze of the game's checks and balances that echo the proto-fascism emanating from Washington, DC.

And now we have the World Series right smack in the middle of that debacle, with its home team (stolen away by monopolistic practices imposed long enough in the past that we shrug our shoulders) representing the underdog position held fifty years ago by the Mets. Were it not for the absurd HR spike of 2019, the Washington Nationals (a dimly anodyne team nickname if there ever was one) might well be known as the "Gnats," as so humorously conjured up by Walt Kelly back in simpler times (you know, the times that produced Joe McCarthy). 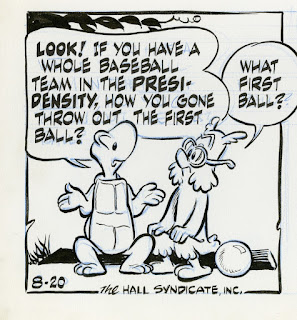 These "Gnats" are currently on an eight-game post-season winning streak that continues to defy belief, as their suspect bullpen (5.68 during the regular season, worst by far of all the 2019 post-season teams) somehow bends but does not break--at least not yet. (They've been getting help from the usually mighty Astros, who've been increasingly off their game, needing five games to vanquish the pesky Tampa Bay Rays--the true "Gnats" of baseball, with their dumpster-dive approach to talent acquisition--and then falling into a mysterious slump with runners in scoring position ever since, combining for an alarming .113/.203/.290 slash line in their six-game series with the Yankees and the first two Fall Classic shockers in Houston.)

But the big news is bound up in the centripetal retributive anger of #metoo, which surfaced in the mournful melee in the Astros' clubhouse after their Game One loss, when assistant GM Brandon Taubman made an insensitive remark in earshot of female reporters. The upshot of this sequence of events was to brand Taubman as a supporter of domestic violence: his comment seemed to imply an ideological alliance with relief pitcher Roberto Osuna--acquired by the Astros during a time when he was serving a 75-game suspension for domestic violence.

Taubman's poor judgment and even more catastrophic timing has cost him his job--likely a bit of an overreaction to a situation that certainly called for some form of disciplinary action short of one-strike-and-you're-out termination. In this age of instant everything--instant replay, instant outrage, instant retribution--he is another victim of a world that is becoming more divisively Draconian on both sides of the political spectrum. Without doubt a suspension was warranted, but the Astros may have decided to sacrifice him in an attempt to stem the flood tide of negative reporting they've been receiving on this issue.

Note, please, that we agree with attorney/writer Sheryl Ring that stronger policies need to be implemented in major league baseball for domestic violence offenders. We also agree with those who hold that women--particularly white women--should be voting out politicians with profiles that lean toward any evidence of toxic masculinity, and wonder why on earth white women gave 53% of their votes in 2016 to a philanderer and accused sexual abuser.

A question that Sheryl Ring and others might like to answer: is domestic violence worse in 2019 than it was in 1969? Is there a bizarre correlation (or, at least, a relationship...) between the onslaught of power in baseball and the incidence level of sexual abuse?

At any rate, rooting for the underdog remains at least as easy a decision in 2019 as it was fifty years ago...
Posted by Near-Genius Nephew at 1:51 PM