Of course it should be noted that the 2019 World Series was really nothing like its counterpart fifty years earlier. The entire process was different, though divisional play began in '69 and the post-season added its first intermediate step that year.

The two World Series were not the same length--and the impact of top-notch starting pitchers, though ballyhooed extravagantly by the consumerist groupies who've overrun the game in both mainstream and social media, was actually not as great in 2019 as it was in 1969, when three starters for the Mets were able to hold a 109-53 team (the Baltimore Orioles) to a .146 batting average (and a .210 SLG!). 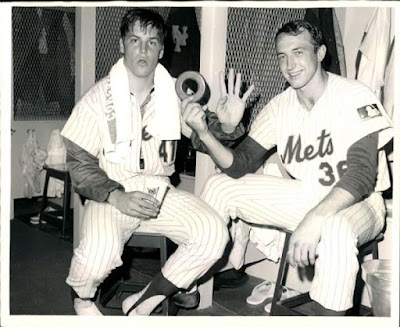 But the general lay of the land was quite similar. You had a team that had stumbled out of the gate (the Washington Nationals) and had to regroup over the course of the season; in 1969, you had an upstart team (the New York Mets) who'd never finished above .500 during its first seven seasons. You had a team that was loaded with talent (the Baltimore Orioles) that had roared through its league; in 2019, you had an organization that seemed to turn every player it acquired into an All-Star (the Houston Astros), whose combination of trading acumen and in-house development threatened to turn the American League into a mockery.

All four teams had top-notch starting pitching, but the 1969 teams had starters who could do two things their 2019 counterparts could not: 1) throw a lot of innings and 2) keep the ball in the park. The Mets overachieved in many ways during the '69 Series, and one of them was actually hitting six homers in the five games--a ratio that would have netted them 194 HRs over the regular season. (They hit 109, an unfathomably low number in '19, whereas the sleepy Nationals cruised their way to 231 and the Astros had four players with 30+ HRs plus three more with 20+ en route to a staggering 288 for the year--and didn't even lead the league!) 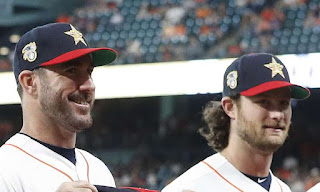 The Mets top two pitchers (Tom Seaver and Jerry Koosman) don't quite have the same cachet as Gerrit Cole (riding high after his best season, but with just three grade-A years in the book thus far) and Justin Verlander (whose second wind in Houston has burnished his reputation), but they managed to be a good bit more effective in shutting down the mighty Orioles.

And then there are the second basemen. Mighty mite Jose Altuve, who knocked the Yankees out of the ALCS with his walk-off homer, hit .303 in the Series--but it was a quiet .303: just one RBI, three doubles and a .688 OPS. Meanwhile, his sometimes counterpart, Howie Kendrick (used as a DH during the Series' stay in Houston) cracked a game-winning homer in Game Seven, following in the footsteps of the Mets' most unlikely hero, featherweight-hitting second baseman Al Weis, whose seventh-inning HR in Game Five pulled the Mets even in their incredible rush to glory.

We even had parallels in "managerial banishment"--Dave Martinez followed in Earl Weaver's footsteps by getting ejected in the final game of the World Series. But, as our headline says, vive la difference: Weaver's team took it on the chin and went home stupefied; the Nationals, however, pulled away from their opponents after a questionable call and made Martinez into a uniquely plucky hero.

Add it all up and you have two underdog winners in tumultuous times--which is, perhaps, the most pugnacious parallel of all. Unlike the two occupants of the White House during these teams' indelible date with destiny, these unheralded victors proved to be downright unimpeachable.
Posted by Near-Genius Nephew at 11:06 PM