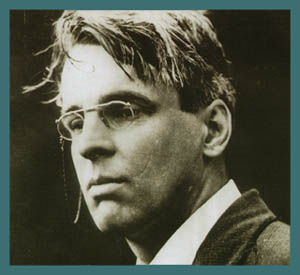 The role of a pundit (in whatever form he/she may take...) is to butt into things, to determine with audacity whether to reveal truth or veil it in a layer of smoky gauze...all of which returns us to the sharp but deeply sad observations of W.B. Yeats in his famous poem "The Second Coming."

Poets may be excused their sweeping judgments if their language reaches a certain level of conviction and nuance; pundits often seem to be operating from the ambient conditions described in Yeats' poem, and the current situation appears to spring from the fact that where once there were nuances, there are now only sledgehammers. Walking on a narrow path with sheer cliffs on either side is an arduous task; fewer and fewer even attempt it.

Such a wistful jeremiad as represented in the vagrant thoughts above can stem only from news that provokes melancholy when it is first encountered--and the initiating incident in this case is the announcement that the great hitter Lance Berkman, beset with injuries over the past several years, is seriously contemplating what is most certainly a premature retirement.

We will delve what consequences such an act will have on Lance's chances at enshrinement in the Hall of Fame might be (as various pundits have already done, most of whom go nowhere without their finely-tuned sledgehammers...) at a point later on in time, as there are several tools in our personal "bag of tricks" that might shed some interesting light on such an issue.

But first, it needs to be said that Lance has been--and is--one of the most fascinating hitters to come along in many, many years. His occupation of the batter's box is not the swagger of physical presence--he's not channeling Mark McGwire or Mike Schmidt. How could he, with the nickname "Fat Elvis"? No, what Berkman brought to home plate, much like the great Edgar Martinez, was a sense of highly disciplined purpose, a level of in-game and in-situation intelligence that telegraphed itself in every detail of his actions while in and around the batters' box. 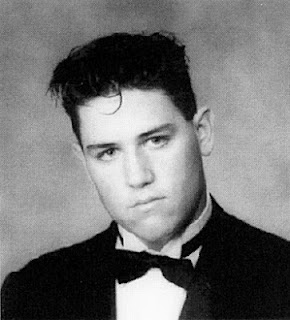 It was precisely the combination of conviction and nuance that produced at-bats with the quiet sheen of great verse, a silent kind of rhythmic eloquence that radiated within every plate appearance. With Lance, as with Edgar, one could sense something heightened, an alteration of the experience that was uncanny--it is reflected in two features of their stats: moderate power, and the innate ability early in the count to create a subtle advantage that resulted in reaching base via walk far more often than what would otherwise be expected. Both Lance and Edgar had twice as many plate appearances that concluded with them ahead in the count than behind--as contrasted with the major league average, which is much closer to 50-50.

The apex of Lance-watching probably occurred in the tension-filled appearance in Game 6 of last year's World Series. Here you could see everything in his eyes that can be seen in his high school photograph, first brought to our attention by a man not unfamiliar with the poetry of the diamond (Dayn Perry). And in those crucial at-bats, we saw all of that conviction, nuance, and calm determination in his every movement, in each minute engagement that transpired during those moments. Clearly a case of the right man in the right place at the right time.

It's too soon for that to come to an end, Lance. Much too soon. Please change your mind. Get well, come back. Don't take that away from us just yet. We're not ready to say goodbye. We'll never be ready to do that.
Posted by Near-Genius Nephew at 8:42 AM