If you have the gut(s) to read the back pages of this rag, you will know that we are enamored of obscure, overweight pitchers. You know: the stocky, portly types who look like their uniforms are going to burst at the seams if they make the wrong move at just the right time.

These are the guys who clearly have sub-standard "stuff" in an world where the burgeoning variants of Ye Olde Big Unit are malevolently prevalent, capable of casting shadows over home plate while standing on the pitching mound. These fellas struggle to make the cut even in the "disposable diaper culture" of interchangeable "last men" who scratch and claw for the twelfth (or even thirteenth) slot on a pitching staff, clinging to life by a hangnail.

They are all about 5'10" or 5'11" and weigh in between 215-230 lbs. Most of their major league careers are perilously short and self-liquidating, since that body shape doesn't (shall we say...) inspire confidence. Many are Latino, and we risk charges of stereotyping when we tell you that in their street clothes they are indistinguishable from the guys driving all those gardeners' trucks in the verdant suburbs of the increasingly clotted "land of the free." 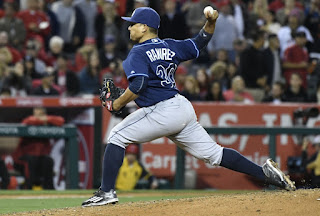 Yes, all of these guys have guts--but they have the guts of cat-burglars. It goes with the territory, for they know that if things go belly-up, they have an excellent chance of actually driving around in those gardeners' trucks sooner than later. And you can't blame them for wanting to postpone that for as long as possible...

Some time ago we rhapsodized (briefly, for the reasons stated above...) about two of these wobbly warriors: Erasmo Ramirez and Vidal Nuño. That was back in 2016--and a few things happened to intervene with ongoing coverage of these two and their lo-fi high-wire act. Both men are still pitching; Erasmo is still in the big leagues, with the Tigers--the fourth team he's been with since we wrote about him in 2016. 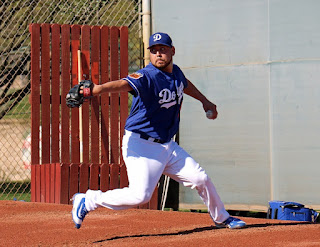 Vidal--as is often the case for penny-wise/pound-foolish pitchers--had his best year in 2018 with the Rays, and hasn't been back to the big leagues since: he's been on the lam to Mexico at least once in the intervening years, and currently has an unsightly bulge of an ERA while surfing on a hangnail with the Dodgers' AAA farm team in Oklahoma City.

We wish them well, but wishing and hoping is probably not going to cut it for this duo. But fear not: we've located a new duo with all the defining characteristics of this raggedy archetype, including the happy congruence of a lefty-righty combo. And these two estimable avatars of avoirdupois are--as of this writing, at least--actually starting for their two teams, as was the case for Ramirez and Nuño back in the day. 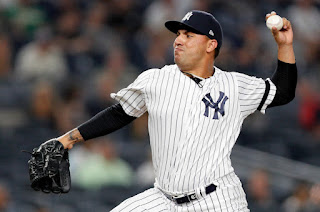 The lefty is Nestor Cortes Jr., pitching for the Yankees. Nestor is sort of the Benny Profane of the Yankees, their version of a human yo-yo, who keeps coming and going and coming back again, having made side trips to the O's and M's only to wind up back in the Bronx. A slop artist with a series of tricky delivery points, and a toe-tapping delay tactic that must be seen to be believed, Nestor has parlayed his entire arsenal of chicanery into a (tenuous) slot in the Yankees' starting rotation, where he currently has a 1.93 ERA. 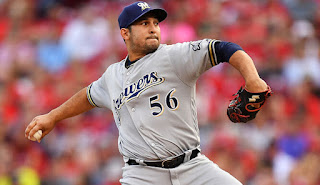 Nestor is 26, and while one can legitimately surmise that he's overachieving, he is a bonafide prospect (his lifetime minor league ERA, including several stops at AAA, is 2.57). Things are less certain for our new-but-old righty, 34-year old Paolo Espino. Here is the more typical story that applies to one of these chunky fireplug guys: it took ten years for Espino to make it to the big leagues, doing so only after two teams (the Indians and the Nationals) gave up on him. Ineffective for two teams (Brewers and Rangers) in his 2017 debut, he bounced around some more, finally hooking back up with the Nats, where a series of injuries to big-name (and much, much taller) pitchers opened a path for Espino in 2021.

Paolo is a good bit more susceptible to the long ball than Nestor (he gave up three HRs in a recent start against the Orioles, of all people) but overall he has pitched well for the Nats, posting a very solid 3.08 ERA. It must be said that his best outings as a starter (8 GS thus far) have been against the weakest hitting teams in the NL (Pirates, Mets, Marlins); but with Max Scherzer now in Los Angeles, it appears that he'll at least be given enough rope over the remainder of the '21 campaign.

We'll be rooting for him--and for Nestor, too: it's what we do. (And so should you.)

Posted by Near-Genius Nephew at 10:18 PM