We are too busy with other things to push much of the usual "new content" out at this time (and for some time to come), so we will "go topical" for awhile, as circumstances permit.

We won't be trying to do much with the Great Off-Season Upheaval, at least not at this point, since all signals are that we are still in the midst of it and anything more than a single-team spotlight (as was the case in our most previous post) would be woefully premature.

Which leads to the topic of this post--which is also woefully premature. But it's an interesting snapshot in time that we can return to later, so here goes. 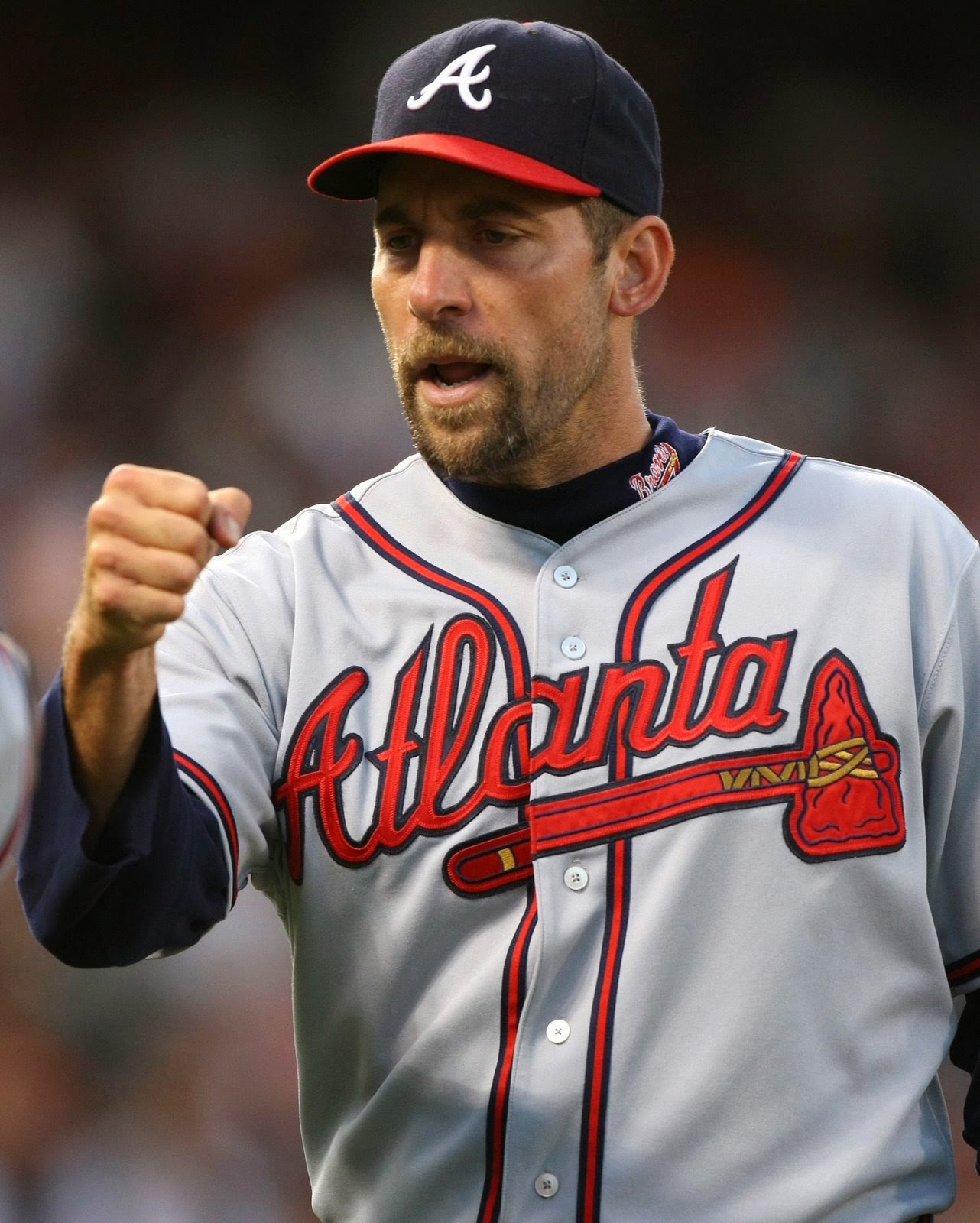 Thus far, in the voting reported by Darren "Repoz" Viola (Baseball Think Factory's long-time punmeister), who has of late been joined by young Ryan Thibs (actually, we have no idea how old Mr. Thibs may be, but his tone is so earnest and eager to please that one wants him to be young if only to bolster a lingering--if endangered--set of received stereotypes), the early Hall of Fame results contain one exceptionally astonishing result.

What's that? "That" is John Smoltz. Earlier we'd written that Smoltz deserves a plaque in Cooperstown, but that his career as a whole doesn't create a compelling case for him to rise above other already-on-the-ballot pitchers who are working their way through the player logjam. Our specific comparison was Curt Schilling, whose career parallels Smoltz's in many ways--including a stellar post-season record.

So what is the reason for this unexpected ballot strength? All "objective" measures don't account for it. Our guess is that Smoltz is receiving a big boost for having been with one of baseball's most historically successful franchises (the Braves, who appeared in every non-canceled post-season from 1991-2004).

Even more than Greg Maddux and Tom Glavine, Smoltz is identified with the Braves due to his longevity with the franchise. His stint in the bullpen from 2001-04, after recovering from an arm injury that cost him the entire 2000 season, seems to have added lustre to his resumé, as did his late-career success once returned to the rotation (44-24, 135 ERA+ from 2005-07).

All of that, as impressive as it is, does not translate into a first-ballot induction. At least not in our book. That is why we are astonished by what we're seeing thus far. (We suspect that Smoltz will ultimately fall short of enshrinement this time round--but, then again...) It is a reminder that other factors beyond the individual achievements (however those may be measured) will occasionally take charge in a voting process that is, at best, only semi-rational.
Posted by Near-Genius Nephew at 10:16 AM