Yes, we started our "astral" teams (that's actually astrological, but we figure some of you would turn up your nose if you read that in the title block...) with Sagittarius because we are part of that signage--and while most of you are indulging in the vicarious super-consumerism that is America's true national pastime these days (in the thrall of watching ballplayers and GMs mastering the art of exchange...), we are looking for new ways to slice'n'dice history. 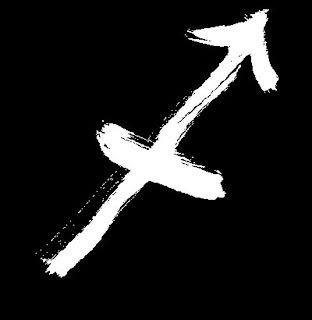 After all, there will be time enough to evaluate all of this off-season feeding frenzy...hell, it's not even winter yet.

So, meanwhile, let's get a sense of how pitchers and hitters sort out when we start placing them into astrological buckets.

What we find in Sagittarius (birthdays between November 22 and December 21) is a group of ninety players with significant enough career achievements to make the cut onto a master list. We're probably going to find some variation in the strength of squad as we follow this idea through the zodiac--there have been studies that indicate that baseball birthdays tend to cluster in the second half of the year--but, for now, ninety seems like a reasonable benchmark.

We have 56 hitters and 34 pitchers on the master list, which we've broken out in those two categories. You will see the Hall of Fame players' names displayed in red type. There are currently a total of 14 who are enshrined: 11 hitters (seven outfielders: Ty Cobb, Joe DiMaggio, Joe Medwick, Al Kaline, Larry Doby, Jesse Burkett and Joe Kelley; one second baseman: Tony Lazzeri; two catchers: Johnny Bench and Gabby Hartnett; and one utility player: Deacon White) and three pitchers (Hoss Radbourn, Fergie Jenkins, Lefty Gomez). Five other players, however, are highly likely to be inducted in the future: Craig Biggio, Ivan Rodriguez, Larry Walker, Mariano Rivera and David Wright). Chase Utley and Jimmy Rollins, the longtime DP duo for the Phillies, are probably longshots.

There are enough players here to make up two forty-man rosters, and the question we'll confront as we go further into the issue of "astral" teams is whether we should make an "A" squad and a "B" squad, or whether the two squads should be "balanced." The former idea would seem to be the more interesting way to go, allowing for three eventual comparisons via simulation games--the "A" league, the "B" league, and a series of "A" vs. "B" faceoffs.

For the Sagittarius "A" team, we've tossed together most of the Hall of Famers and the better pitchers. That 25-man squad looks like this:

For the "B" team, we've taken the so-called "lesser" players and given them that hard-to-patent but you-know-it-when-you-see-it "underdog mentality": 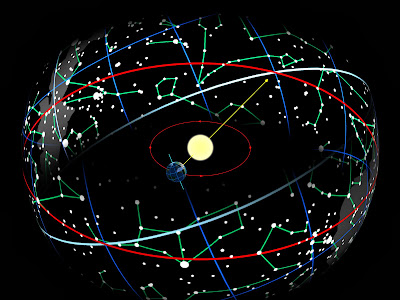 Before we con one of our long-time, bleary-eyed associates into playing the games that go along with the full complement of teams to be assembled for this "astral" plane, we'll assemble the full forty-man rosters for each of the teams in The Zodiac League. Who knows...maybe we'll interest someone in publishing the results in something resembling real time.

We'll do what all good astrologers suggest and follow the ecliptic: look for the next installment (Capricorn) during the Xmas-New Years' interregnum.


Posted by Near-Genius Nephew at 8:39 PM