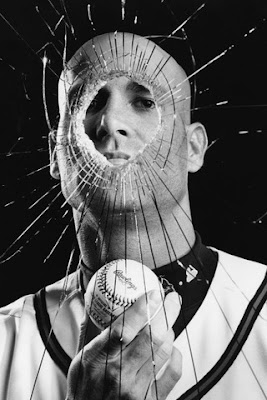 Since everyone and his little freakin' brother wants to get in on the Tim Hudson and the Hall of Fame mini-Ernie (our slang for a small imbroglio...), we are here...strategically late to the party as is our wont.

Hudson won his 200th game the other night, one of those spectacularly meaningless milestones here in the benighted age of enlightenment. His winning percentage--equally meaningless, mind you--is currently .657.

But Tim has rarely dominated his league, he has an indifferent K/9 ratio, suffers from a dearth of "black ink," and has pitched for successful teams in almost every season of his big league career (13 out of 15 .500+ finishes, and an aggregate team WPCT of .554 over that span).

So virtually no one in the little world of sabermetrics thinks he's a Hall of Fame candidate, even though virtually all pitchers who've won 200+ games and have a WPCT of .600 or higher are in the Hall.

The scary part for the sabermetric crowd: the ELO rater at Forman et fil places Hudson #92 on the list of all-time starting pitchers. (The ELO rater is a program triggered by those who participate in a binary "rating game" comparing two players and generating an overall ranking from the sum of these queries.)

After a revelation such as that, it's time for QMAX. We grabbed all of our data on Tim, put it through our slushalyzer (the one we sold to Jamba Juice™ some years back, which allowed us to retire from the icebox in hot pursuit of James Taylor's long-misplaced "churnin' urn of burnin' funk"), and have crawled on our belly through the volley of Disco Demolition Night to give you the real skinny on Hudson.

The QMAX range charts, which sum up all of the funny little numbers in the seven-by-seven bi-directional matrix that also doubles as an expressway to your heart, tell us exactly what we told you back in 2000: Hudson is good, not great. Solid, not inspiring. Crafty, not overpowering. A bend but not break type, the pitcher who actually exemplifies all of those sweaty, sulfurous intangibles so often ascribed to Whisky Jack. 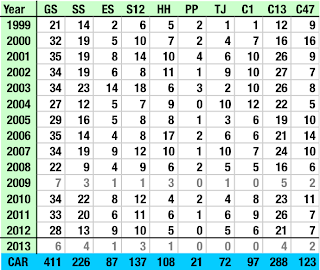 Tim is one of those very good-to-excellent pitchers who went through an identity crisis, starting out as a semi-wild strikeout pitcher, but hitting his stride when he lowered his K rate and his BB rate, learning how to bend but not break (and thus becoming a comic genius, at least according to Alan Alda's character in Crimes and Misdemeanors). He's not overpowering (not too many more top hit prevention games--the S12 column--than the "hit hard" column), and he's not an absolute finesse pitcher, though in some of those years he's well into the Tommy John family of hurlers.

He's a sly, resourceful tweener, a guy who (in the most hated parlance of baseball known to mom's cellar-dwellers...) "knows how to win."

And if he wins 250 games he will probably get into the Hall someday, especially if his WPCT stays above .600.

But what about his actual value? Well, the QMAX "bottom line" is what we call the QWP (pronounced "quip"...as you might expect...it stands for "QMAX Winning Percentage") which gives you what this probabilistic method calculates as the derived value of the starting pitcher. That figure (.570) is definitely under the threshold of a Hall of Famer, but it's a very solid number that is in the same neighborhood as nearly two dozen starting pitchers who are in the Hall of Fame.

The part we like about it, though, has nothing to do with the Hall of Fame, or any of the other "value approaches" that are bandied about like a bag of jelly beans that's come open as it's being tossed across the room.

But QMAX also calculates and uses the overall team winning percentage for the games started by the starting pitcher, not just his own decisions. When we add all that up for Tim (all 411 starts thus far), his teams--the A's and the Braves--are 259-152 when he starts. That's a .630 WPCT.  When we perform the same calculation as above, but substituting the team WPCT for Hudson's personal WPCT, we get: .630/.554*.5= .569.

Now they're not all that dead on...but it's something to ponder, even if you are overly enamored with wins/WPCT or overly convinced of the "what is it good for" of WAR. QMAX is, indeed, that churnin' urn of counter-intuitive, probabilistic insight into the value of a starting pitcher--and the shape of that value to boot.
Posted by Near-Genius Nephew at 9:32 PM