AND INTERLEAGUE PLAY AFTER ONE MONTH IS... 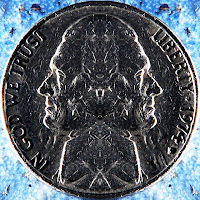 ...well, it's something akin to a coinflip, but...de-centered, elliptical, quite possibly obloid.

It's exactly like a two-headed coin flip, to be as precise (and as surreal) as possible, all at once.

It's a roller coaster that suddenly, without warning, turns into a mobius strip.

It's...aw, to hell with all those analogies and the accompanying literary confuffulations. It's damn close. The AL has pulled ahead, 14-13, having won eleven of the last sixteen games.

You can see the results at your left. (We were thinking about putting in the actual scores of the games as they were played, but we were stricken by a wood sliver from hell during the return of the World's Greatest Film Poster Collection You've Never Heard Of--take that, Paul Leibowitz!!--and, mercifully for some of you, had our typing time severely restricted for a few days there. We have no idea how all those young wizards are so proficient using their thumbs, but it's nice to know that this is still what separates from the other animal orders.)

Brace yourselves, however. While we had but 27 interleague games tricking our way in April, we will have 94 of them in May (which probably means that, pace T.S. Eliot, April is not the cruelest month after all).

You'll see that schedule here in a day or so. We remain astonished to discover that we are the only folks providing any kind of semi-systematic coverage of the great interleague drizzle of 2013 (insert imagery here of post-expiration-date salad dressing blown through the air by giant wind machines, leaving mysterious stains on landscape and fabric, engendering media frenzy over a mutant off-product from so-called "clean coal" processing that's quickly dubbed "balsamic black carbon" by those racing to turn panic into the latest fashion trend) but it's quite possible that we are--snif!--the only ones who care.

Of course, it's possible that by the end of the year, we won't care, either...
Posted by Near-Genius Nephew at 11:35 AM