Breathtaking hypocrisy & CYA (hint: this is not the acronym for the Cy Young Award...) commingled this past weekend when the kluged-up committees assembled to "rectify" long-standing oversights and voting errors in baseball's Hall of Fame--and gave their shabbiest performance to date.

The committee once again left Dick Allen hanging, one vote shy of admission. It smacks of a set-up, just as the postponement of the vote in 2020 when Dick was losing his fight with cancer robbed him of being inducted while still alive.

Meanwhile, the committees selected four other men of color (Buck O'Neil, Bud Fowler, Minnie Minoso, Tony Oliva) as a massive form of overkill to deflect from their real message--which is that "uppity" folk will continue to be punished until "morale improves." 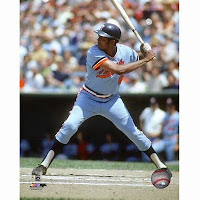 Meanwhile, the giddy Joe P., finally able to stop his ceaseless proselytizing for O'Neil (a fabulous ambassador for the Negro Leagues elevated to stardom by his performance on Ken Burns' documentary, but middling as both a player and a manager), suggested that the committee elected Oliva and Jim Kaat because they wanted to "elect people who were alive."

You see the problem with that statement, right? If the committee had met in 2020--which they easily could have done virtually, as everyone else in the world has been doing since the early months of the pandemic--they could have elected Dick Allen while he was still alive. 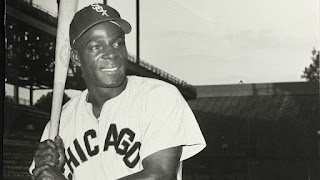 Of course, Dick probably would have fallen one vote shy at that point, too.
Minoso received an excess number of votes compared to the other candidates, which suggests that there was some hanky-panky in the back room.

Jayson Stark handled the ongoing situation vis-a-vis Dick with kid gloves at The Athletic: it's a useful read, because it points up just how bad things are in the "committee world" of the Hall of Fame. Oliva and Gil Hodges were elected with less than 2,000 career hits (just like Dick), and with significantly lower league-relative stats. Their election opens a Pandora's box of ersatz candidates that will further plague the process as it goes forward. 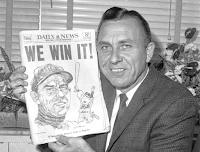 Hodges is a sentimental favorite here, but that is mostly due to his stewardship of the 1969 Mets. The Hall of Fame needs a place for managers who preside over miracles: Hodges should join Fielder Jones and George Stallings as part of a wing created to celebrate the great upsets in baseball history. These feats are dismissed in a hyper-cynical age, but they are an integral part of the lore of the game.

Hodges shows up well in a performance comparison of first baseman during the span of his career, particularly from 1948-59, but it was also a time of transition at that position. 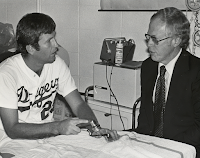 Elsewhere in the committee's assault on basic logic: why Kaat and not Tommy John? John has the human element in his favor--recovering from what was previously a career-ending injury to come within shouting distance of 300 wins. The procedure pioneered by Dr. Frank Jobe is not called "Jim Kaat surgery."

Kaat has fewer wins than John, and a lower league-relative ERA (108 to 111). Arguments can be made to include or exclude both, but not one in lieu of the other.

Meanwhile, the Socratic Gadfly reminds us that the early years committee, with its conveniently nebulous portfolio, went CYA with Fowler and O'Neil while once again snubbing Bill Dahlen (at or very near the top of nineteenth-century shortstops) and Bob Caruthers (in the "age of Ohtani," a peak candidate of breathtaking short-term accomplishment on the mound and at home plate).
(Note that the last player from the nineteenth-century major leagues to be enshrined in Cooperstown is Bid McPhee, who was waved in the side door back in 2000.)

It's inarguable that Fowler was among the very first victims of racial discrimination in organized baseball. That incontrovertible certainty outstrips our incomplete knowledge of his on-field prowess.

But the fact that two African-Americans were selected as part of a PR blitzkrieg undertaken by MLB to deflect from its ongoing woes while the rest of nineteenth-century baseball is summarily ignored tells us that "history" is being cynically stage-managed by the "powers that be."

The stench continues, and has at least another five years to waft ignominiously in the air until these committees are reconvened. Frank Frisch, much vilified by Bill James (even as he reached his lowest moment with his execrable, borderline libelous commentary about Dick) can now peer out from his casket and smirk at how "history" is repeating itself.

So much stench, and so much blighted eternity...

[UPDATE 12/12]: Joe P. has again attempted to have his cake and eat it too in his recent blog post about the Hall of Fame, where he suggests that it was "liberating" for Buck, Gil, Minnie and Tony to be inducted. The question is: "liberating" for whom? We're all happy as f*ck for you, Joe: you got what you wanted--but at what cost to so many others? Many now await endless campaigns for the Steve Garveys of the world, with little logical recourse to prevent the roster of inductees from tripling over time as the folks who run the Cooperstown boondoggle will be sorely tempted to allow such a process to accelerate, all in the name of bringing more fans (and $$) into their picturesque little neck of the woods. Joe, as always, fails to see the real ramifications of what is likely a Rubicon event: that this is a "ca-ching" moment, not an "ah-ha" moment.]

Posted by Near-Genius Nephew at 9:51 AM