NOTES ON HANK AARON & THE 2021 HALL OF FAME ELECTION

These will be brief--we promise. We'll start with the Hall of Fame: it was a weak year for new potential candidates, with roughly 3% of the votes cast for that group. Weak but not historically weak: that would be years like 1976 or 1984, where no votes were cast for new candidates. Such lulls often propel candidates already under scrutiny over the top and into the Hall: 1984 was an example of that, with the vacuum of the new bringing Harmon Killebrew, Don Drysdale and Luis Aparicio over the induction line, and paving the way for Hoyt Wilhelm to make the leap in 1985. (A fifth player, Nellie Fox, nearing the tail end of his eligibility, just missed, topping out at 74% in 1986.)

No over-and-in for anyone in '21, however. Three controversial candidates--Curt Schilling, Roger Clemens and Barry Bonds--barely had the needle move from the previous year and will have their final BBWAA reckoning in '22. That permitted leaps for viable candidates such as Scott Rolen and Todd Helton, subtle-but-worthy candidates like Billy Wagner and Gary Sheffield (somehow not now as controversial as Manny Ramirez...), and cult phenomena such as Andruw Jones.

Due to the logjam of candidates in 2014-19, Rolen, Sheffield, Wagner and Jones are all bidding to jump from 7-12% first-year voter support all the way to Cooperstown, something done only in the primordial days of the HOF ballot process. Our best guess is that Rolen, Helton and Wagner will make it, while Sheffield and Jones will not.Our semi-clandestine hope is that Tim Hudson, who just barely stayed on the ballot (5.2%) in his first year, will find someone inside the baseball putsch to champion him. All Hudson did was win ballgames: he and Carl Mays are the only two pitchers with 200+ wins and a .600+ WPCT who are not in the Hall. That may seem absurdly "old school" to the "too cool" folks who continue to ram defective "advanced metrics" down people's throats, but Hudson has a number of other attributes to buttress his case: he just needs the right PR. If he were to somehow make the leap, he will have done so from the lowest first-year vote percentage in modern history.Now on to a no-doubt first-ballot  "inner circle" Hall of Famer: let's call him 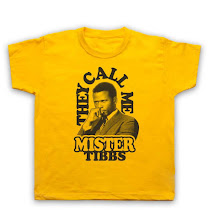 Mister Aaron (in honor of Mister Tibbs). He's no longer first in the consolidated player listings (reliever Dave Aardsma now occupies that slot) but his passing a few days ago at age 86 brought back a multitude of memories that aren't reconcilable with today's longball longueurs. In 1966, when Aaron's team moved to Atlanta, no one expected the steady slugger to challenge Babe Ruth's home run record.

But with a finishing kick at a phase in his career (ages 36-39) that no one had ever approached to that point, Aaron pushed his way past age (and racial prejudice) to put himself in position to overtake the game's most storied slugger. He hit 159 HRs over those four years (1970-73)--16 more than Ruth, 43 more than Ted Williams, and 73 more than Willie Mays. (Barry Bonds now holds the record, with 209--though some consider that tainted.)

The finishing kick reached its glorious apex during the last two months of the 1973 season, a phenomenon that we've not seen discussed anywhere else. At the start of '73, Aaron was channeling those stultifying Three "True" Outcomes, posting a surreal slash line of .125/.300/.411 for April. (That's still surreal, even in our funhouse mirror age.) He had a fine May, regressed in June, and on July 6th he was still hitting just .231. From that point on to the end of the season, Aaron then proceeded to hit .392, with 19 HR in 205 plate appearances, slugging .789 (!) and posting a 1.263 OPS. Four years before Star Wars, Henry Aaron was a Force unto himself.

In a time before easy access to up-to-the-minute occurrences, Aaron's incredible run over the last three months of 1973 was beyond electrifying. Eddie Mathews, his manager and long-time teammate, was scrupulous about resting Aaron, who played in only 120 games en route to a 40-homer season at age 39; and as he moved ever closer to the Babe's mark, there were folks who were annoyed when he wasn't in the lineup during September--when he was less than ten homers back. During this stretch, however, he reminded us that he was a truly great hitter and not just a slugger. On the second-to-last day of the season, he hit #713 and the world hung on every pitch the next day, when Aaron faced off against Houston Astros lefty Dave Roberts (not the Dodgers' current manager).

Aaron went 3-for-4 and raised his season average to .301, but they were all singles and the world would have to (that's right) wait 'til next year for the stirring finish to a tale worthy of Homer (no pun intended). As Watergate simmered its way to a boil, Hank Aaron was the hottest hitter you've even seen--and if you were lucky enough to see it, you will never forget it. Thank you, Mister Aaron, and may infinite flights of angels sing you to a most well-deserved rest.

Posted by Near-Genius Nephew at 8:18 PM